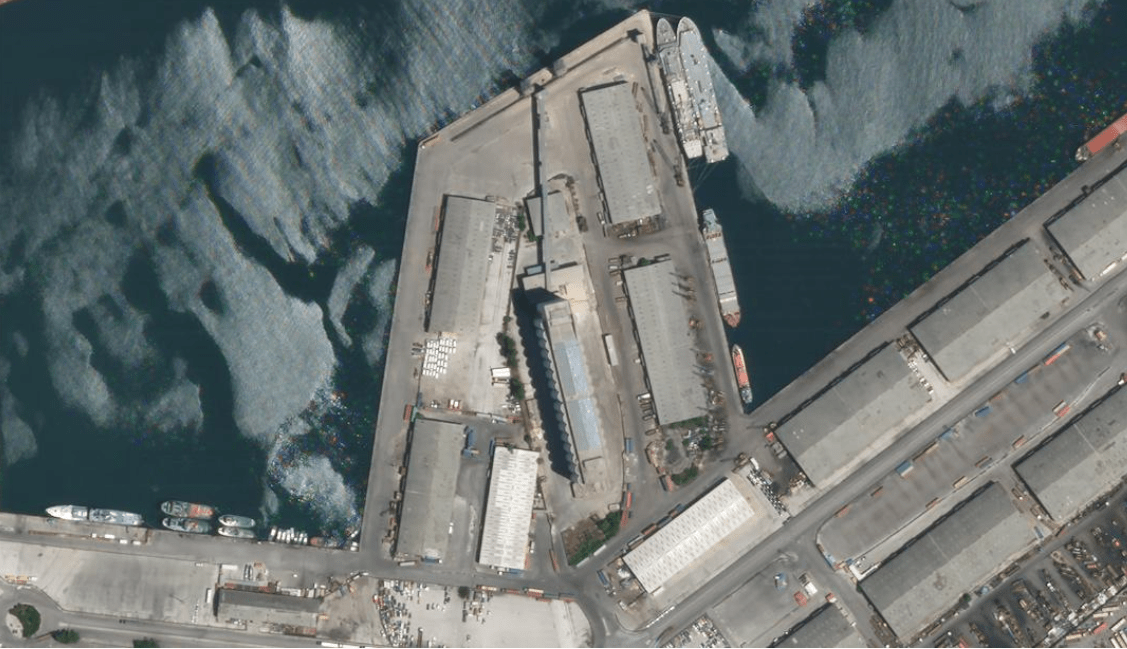 Close-up satellite ‘before and after’ photos have been produced by Planet Labs Inc., and republished by CNN, of Tuesday afternoon’s enormous explosion centered on the Beirut port.

The images confirm every building at the vital port, through which the majority of commerce and staples, including the nation’s grain supply comes, has been utterly destroyed.

A huge crater can be seen at the center of the leveled port, as CNN explains:

The diameter of the Beirut crater created by Tuesday’s explosion appears to be roughly 124 meters — or about 405 feet, according to a CNN analysis of a Planet Labs, Inc. satellite image.

That distance means the crater is well over a football field in length.

Another angle — before and after:

The shockwave from the blast, which Lebanese officials now estimate left between three and five billion dollars worth of damage, resulted in damage to homes up to miles away from the blast site. 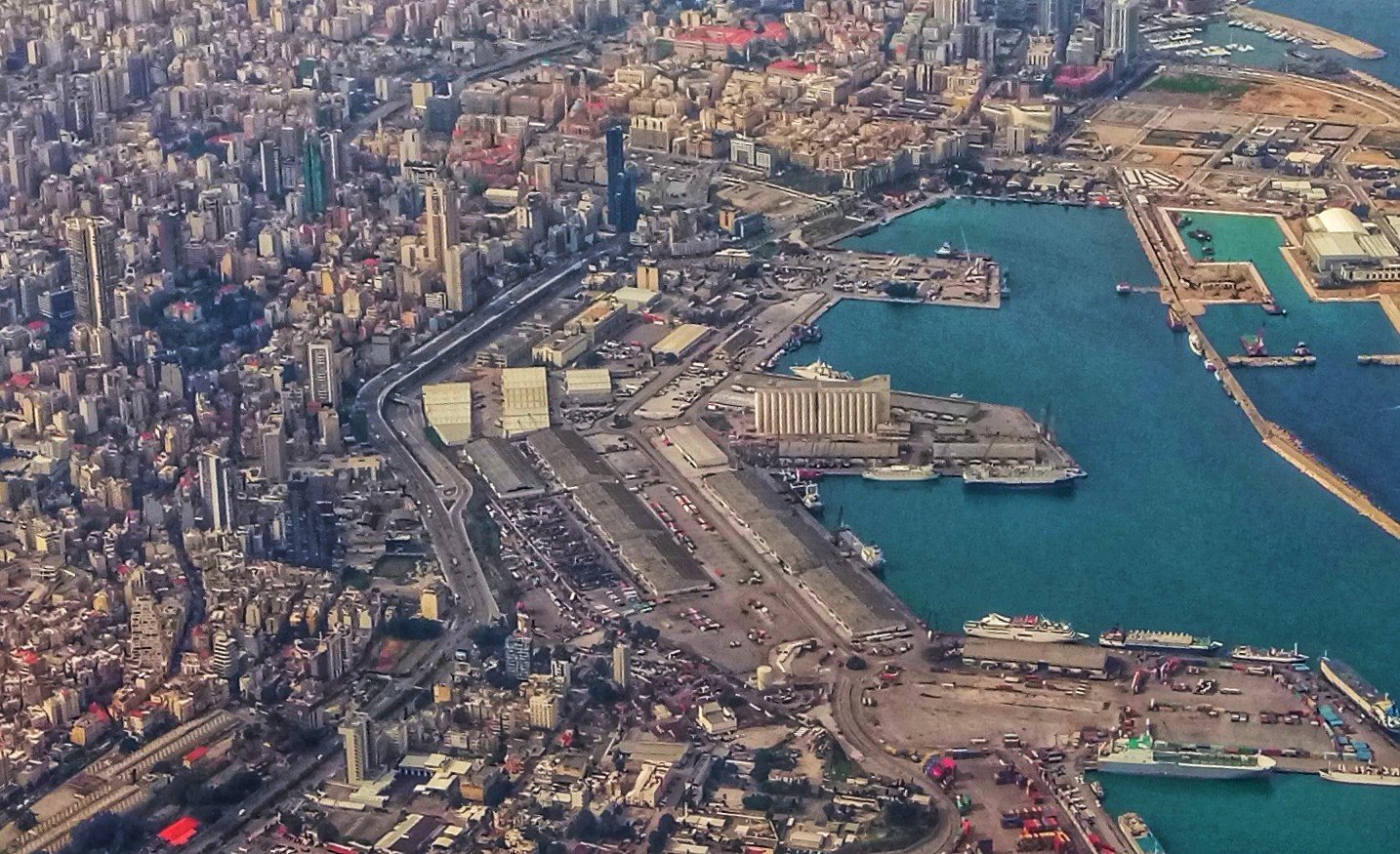 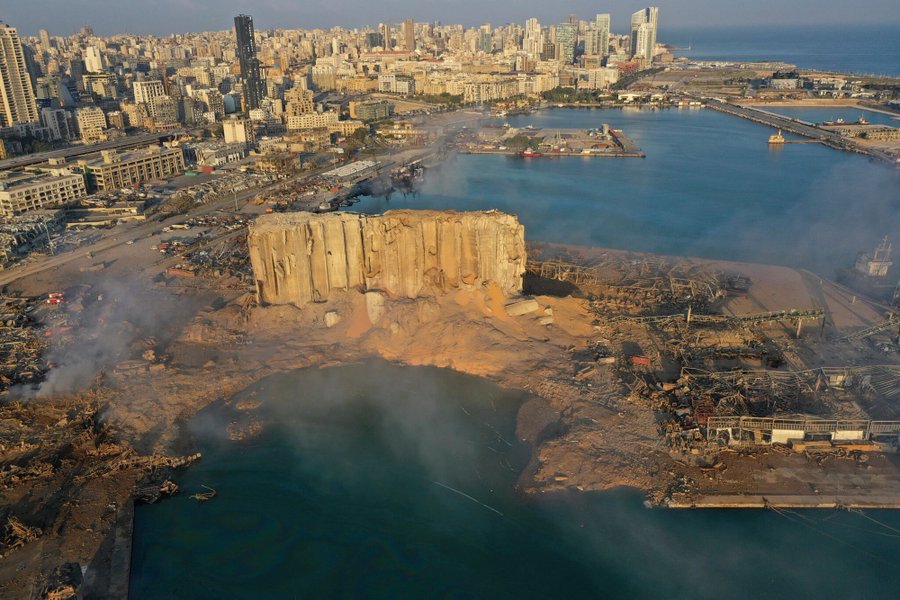 Hundreds of thousands are reported to be essentially homeless, given entire walls were ripped off residential buildings up to a mile away, with windows shattered multiple miles away.

Before and after images from the #explosion that happened in #Beirut, #Lebanon on August 4, 2020. Before image from June 2020 and after image from today, August 5, 2020. More imagery showing the devastation will follow. pic.twitter.com/dfj4ItyTXL

Close-up view from the port toward the downtown Beirut area:

“In my life, I haven’t seen destruction on this scale,” he said.

Before and after SkySat imagery shows the impact of yesterday’s explosion in Beirut.

There are a number of shocking clips now circulating showing live feeds in progress the moment the blast tore through the city.

Watch as one woman’s wedding shoot was disrupted by the blast:

Thankfully, the couple was unharmed after fleeing for cover along with the cameraman. They were later able to continue the wedding, though badly shaken by the ordeal.

In another terrifying instance, a BBC interview was in progress, when the BBC Arabic corresponded appeared to be thrown from her chair amid flying debris and screams:

And watch as a Maronite Catholic priest was serving mass the minute the blast went off.

The worship event was being live-streamed, and was reported as being offered for the healing of coronavirus patients:

Chunks of the church’s roof are seen falling as the priest dashes from the altar and tries to dive for cover.

Lebanese rescue services are reportedly still digging through rubble, looking for survivors or in some cases the deceased.

The official death toll has risen to at least 135, with over 5,000 injured, but the number is expected to climb as more of the rubble is removed. Families are still searching for loved ones reported missing in the wake of the tragedy.