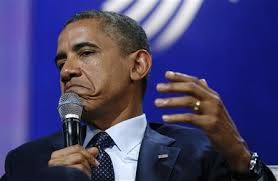 Students at a historically black Maryland university spoke out this week against President Barack Obama’s signature health care law after the school announced it had cancelled a student insurance policy because of the Affordable Care Act’s regulations.

The historically black school had previously provided coverage to students for $50 per semester, but stopped and placed blame on Obamacare.

“I can’t afford anything right now,” one student said. “I can’t even afford my loans.”

“We don’t have that money,” another said. “We can barely afford books.”