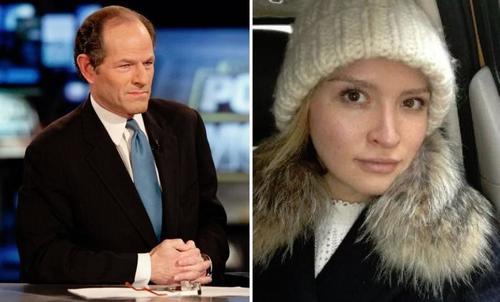 “He used to sneak me into his Fifth Avenue apartment in a black suitcase . . . when his wife was away. My knees would be up by my face. When the doorman would ask if he could help, Eliot would say, ‘No, thanks.’ ”

Eliot Spitzer, famous for being the “victim” of an attempted $400,000 extortion by a Russian prostitute, will also now likely also be famous for the “novel” way in which he decided to get his escort into his apartment: by stuffing her into his luggage. The escort, Svetlana Travis Zakharova, said in an interview with The Post: “He used to sneak me into his Fifth Avenue apartment in a black suitcase . . . when his wife was away. My knees would be up by my face. When the doorman would ask if he could help, Eliot would say, ‘No, thanks.’ ”

Zakharova revealed that she was stuffed in his luggage about 15 times to get her into Eliot and Silda Spitzer’s house. She also said that Spitzer had “holes in his underwear” despite bragging about how rich he was. She complained that Spitzer whined too much to her about his married life.

“He told me about problems with his wife. She complained about his drinking. She bought a dog without telling him,” Zakharova said.

She claims that Spitzer got back at his wife not only by having an affair, but also by breaking his wife’s rule that nobody but family was allowed at their farm estate in upstate New York.

Zakharova said: “He used to take me upstate to the farm. He cooked for me, omelets, and he would put a potato in the microwave. He was not a good cook.”

After reportedly telling her that “whatever happens in bed stays in bed”, Zakharova claimed that Spitzer would “…tie me up and call me names — ‘a b—h.’ He would say, ‘I’m going to kill you.’” 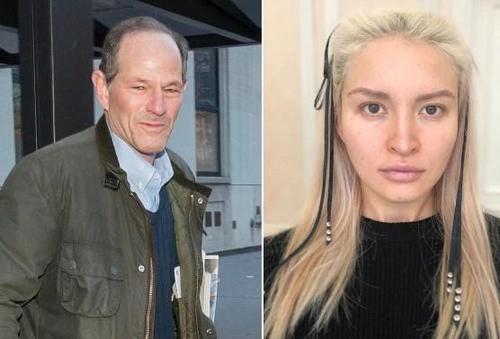 And apparently the $5000 a night price that Zakharova was getting was still not enough because “the shine wore off” when Spitzer revealed himself to be a control freak, sometimes reportedly calling up to 20 times per day. She also claimed that he would sometimes slack on payments – alternating between writing checks for up to $10,000 and other times putting their sex on layaway, paying her in $300 installments.

It all went sour when she called 911 after a sex romp at the Plaza Hotel in which she claims Spitzer beat and choked her. Spitzer then threatened to kill her over the phone, she said, stating:

“You f–king bitch! You piece of s–t! And then you f–king destroyed my life! You know what’s going to happen to you? You’re going to be f–king dead.”