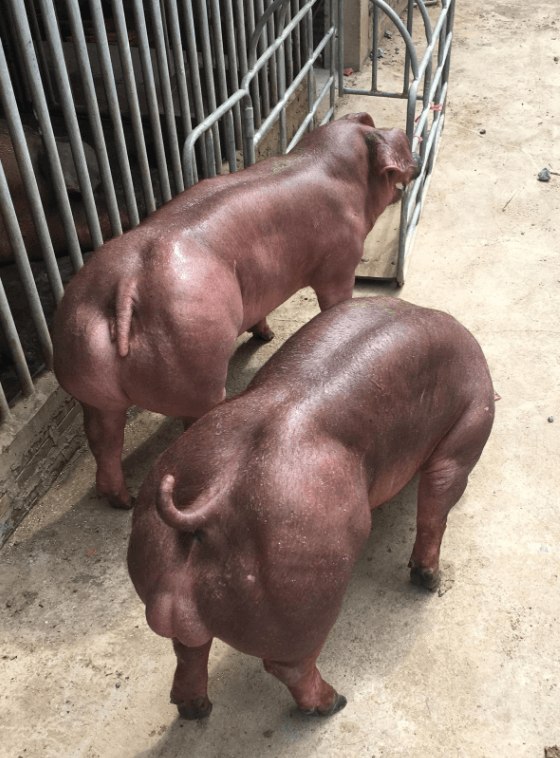 AN AMBITIOUS pig farmer raising muscle-bound mutant porkers for the bacon market is selling their sperm on Facebook. The Cambodian-based breeder is flogging the semen – along with inseminatio…

Source: Sperm of mutant ‘double-muscle’ pigs being sold on Facebook as farmer cashes in on ‘Frankenswine’ market

Scientists in South Korea have been credited with originally genetically-engineering double-muscle hogs to avert a future pork shortage crisis.

Farmyard footage shows similar porky ‘monsters’ that look like they’ve been gorging on steroids or even pumping iron in the gym.

The shocking images have been condemned by animal lovers who say the burly pigs are the “stuff of nightmares.”

VIDEO AND MORE AT SOURCE

Source: Sperm of mutant ‘double-muscle’ pigs being sold on Facebook as farmer cashes in on ‘Frankenswine’ market