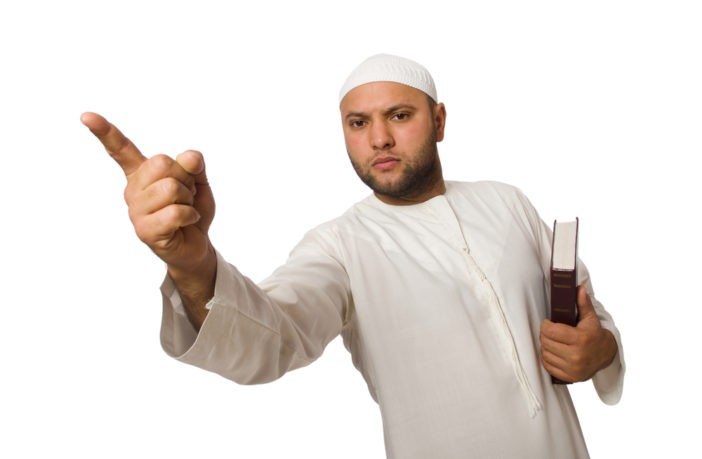 A doctor from Linares (Jaén) has received a brutal punch from a young illegal Pakistani because he resisted being treated by a woman. According to what he said on Wednesday before the judge, the reason is because “his religion forbids him.”

Source: Spain: Pakistani migrant punches female doctor as being treated by her is ‘against his religion’

A doctor from Linares (Jaén) has received a brutal punch from a young illegal Pakistanibecause he resisted being treated by a woman. According to what he said on Wednesday before the judge, the reason is because “his religion forbids him.”

According to Carlos Garrido, the victim’s lawyer, the events occurred at two o’ clock in the morning of Monday at the Virgen de Linarejos health center.

The assailant was in the waiting room waiting to be seen when suddenly, “he threw himself to the ground and started screaming”.

A watchman witnessed the scene and helped him up and seated him in a chair. “Nobody understood what was happening to him, the young man indicated that he could communicate in Arabic or Italian,” adds the lawyer.

It was at that moment that the attacker hit a female doctor in the face with a punch that caused her to fall backwards to the ground. Several of the doctor’s colleagues then immobilized the Pakistani man, so as to avoid further violence.

The National Police immediately detained the aggressor. On his appearance before the Court this Wednesday, the defendant has acknowledged the facts, but added that “he does not remember anything”. In relation to the cause that pushed him to hit the victim, he added that “my religion does not allow women to invade my space.”

The victim is currently on leave due not only to her physical injuries, but also the psychological consequences that persist after this type of attack.

The defendant was in Spain illegally and had come from Italy. The coroner does not rule out that he was under the influence of a drug.

The Prosecutor’s Office is asking for five months in prison, a restraining order and compensation of some 600 euros.

The attacker walked free without charges and the police have opened a file to him as well as removed his passport for security reasons.

Vox, a right wing Political Party that is rising in popularity in Spain, has demanded the illegal immigrant be deported.

Vox has also demanded, during its campaign for local elections in Andalucia, that the nationality of every person guilty of sexual abuse or rape be published, as the Socialist Party currently in charge of the province has a policy to hide that information, for obvious reasons.