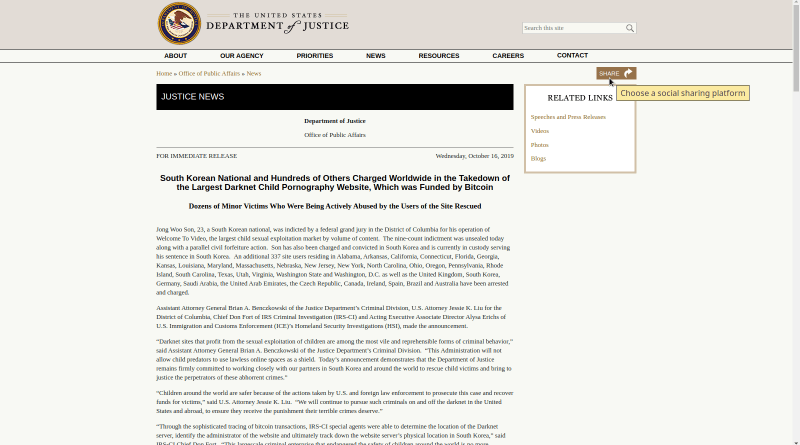 “Takedown of the Largest Darknet Child Pornography Website, Which was Funded by Bitcoin” 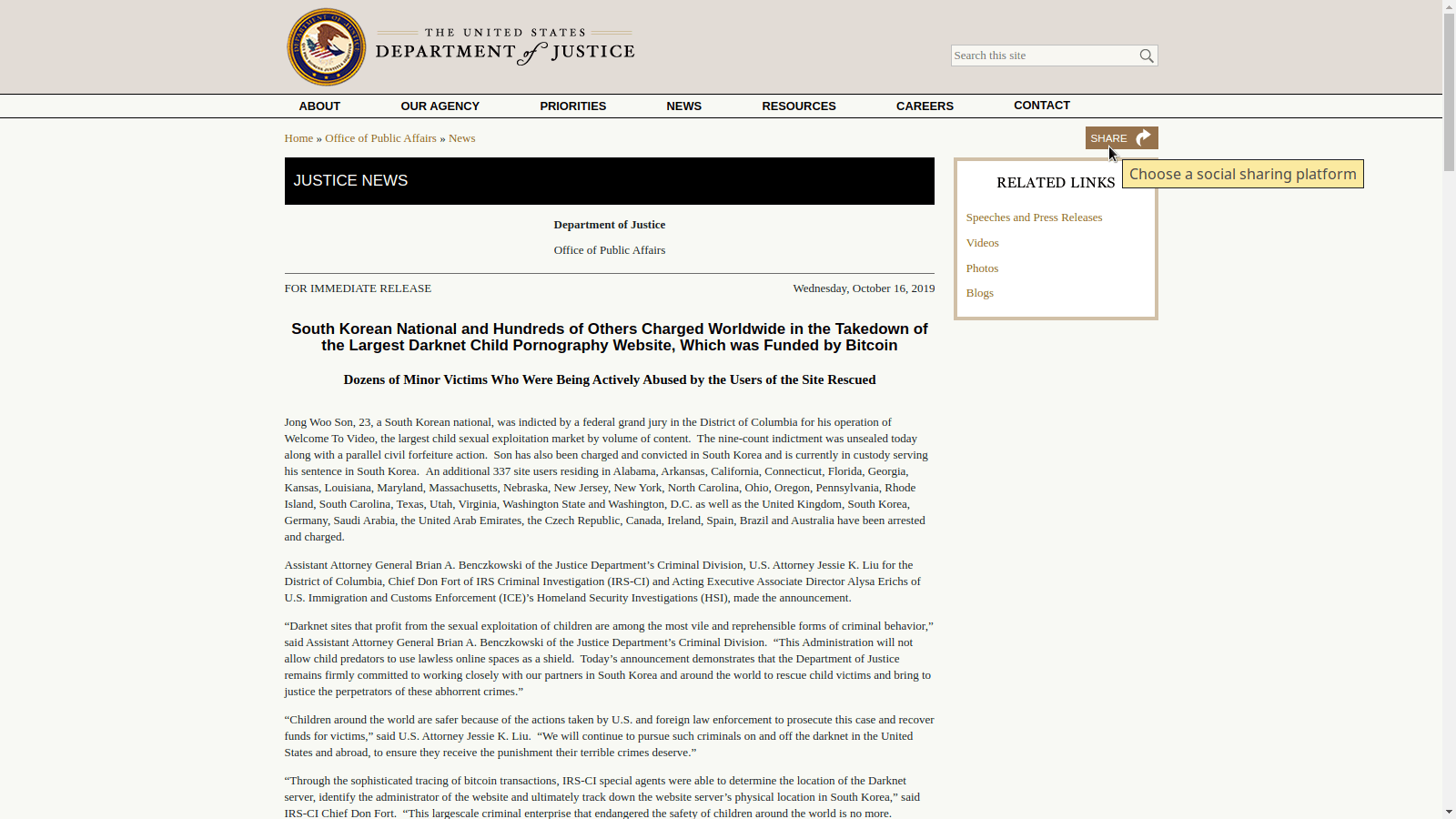 Jong Woo Son, 23, a South Korean national, was indicted by a federal grand jury in the District of Columbia for his operation of Welcome To Video, the largest child sexual exploitation market by volume of content. The nine-count indictment was unsealed today along with a parallel civil forfeiture action. Son has also been charged and convicted in South Korea and is currently in custody serving his sentence in South Korea.

“Darknet sites that profit from the sexual exploitation of children are among the most vile and reprehensible forms of criminal behavior,” said Assistant Attorney General Brian A. Benczkowski of the Justice Department’s Criminal Division. “This Administration will not allow child predators to use lawless online spaces as a shield. Today’s announcement demonstrates that the Department of Justice remains firmly committed to working closely with our partners in South Korea and around the world to rescue child victims and bring to justice the perpetrators of these abhorrent crimes.”

“Children around the world are safer because of the actions taken by U.S. and foreign law enforcement to prosecute this case and recover funds for victims,” said U.S. Attorney Jessie K. Liu. “We will continue to pursue such criminals on and off the darknet in the United States and abroad, to ensure they receive the punishment their terrible crimes deserve.”

This is great news but sadly is still only a small drop in the ocean of sickness out there.

*LIVE at 10AM ET: US & International Law Enforcement Officials to Announce the Takedown of one of the World’s Largest Child Sexual Exploitation Darknet Marketplaces https://t.co/mVQ3uoCOO1

I recall running the list of IP addresses that the hackers gave me through a resolver, which provided some limited insight into who might be visiting the dark web site. We found individuals accessed the dark web site from the networks of the U.S. Army Intelligence, the U.S. Senate, the U.S. Air Force and the Department of Veterans Affairs, as well as Apple, Microsoft, Google, Samsung and several universities around the world. We could not identify, however, specific individuals who accessed the site. And because the dark web is anonymized, it’s likely that not even companies knew their staff were accessing this site.