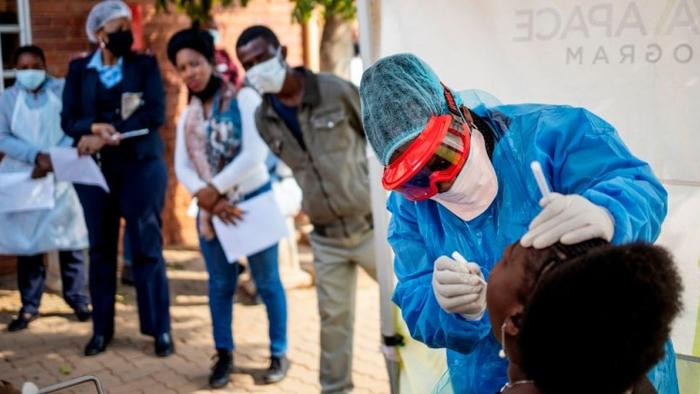 …while the rest of the world panics.

Scientists in South Africa continue to share the “positive” news that the Omicron variant of COVID-19 isn’t causing a spike in deaths, even as other countries like the UK continue to panic.

“Hospital data show that Covid-19 admissions are now rising sharply in more than half of South Africa’s nine provinces, but deaths are not rising as dramatically and indicators such as the median length of hospital stay are reassuring.”

“Preliminary data does suggest that while there is increasing rate of hospitalisation… it looks like it is purely because of the numbers rather than as a result of any severity of the variant itself, this Omicron,” he said.

As we previously highlighted, some experts see the arrival of Omicron as a good thing because it could replace more deadly variants such as delta.

Omicron isn't killing people, zero people in the world have died from it.

Yet our government, which promised to judge policy on hospitalisations and deaths, is hyping case numbers to scare us into lockdown.

The CEO of South Africa’s largest private healthcare network said that the Omicron variant is “so mild” that it “may signal the end of COVID-19.”

Scientists in Norway also asserted that Omicron variant being highly transmissible but “milder” could prove to be the “best scenario” because it would boost “natural immunity” and bring the end of the pandemic closer.

There still isn’t a single case of Omicron killing anyone in the world, and yet governments across the world are imposing increasingly draconian restrictions as they sow fear and panic.

In the UK, not content with placing its people under another semi-lockdown and introducing vaccine passports in the form of ‘Plan B’ – Boris Johnson’s government is preparing to impose even more authoritarian ‘Plan C’ measures in a few weeks.

As we document in the video below, the population is presumably suffering from some kind of lockdown battered wives syndrome given that they largely welcome the measures, despite the government itself making a mockery of them.