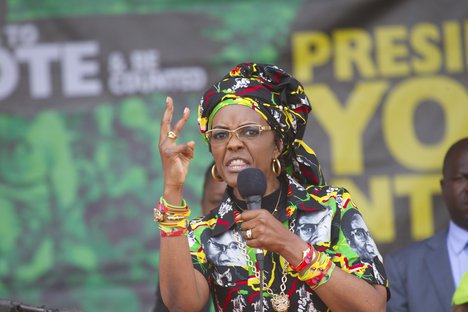 JOHANNESBURG, Dec 19 (Reuters) – South Africa has issued an arrest warrant for Zimbabwe’s former first lady Grace Mugabe over an alleged assault in an upmarket district of Johannesburg last year, a police spokesman said on Wednesday. After

After the alleged assault with an electric cable came to light in August 2017, the

“I can confirm that a warrant for the arrest of Grace Mugabe was issued last Thursday,“