Dispatchers received multiple reports of a UFO floating in the sky. The FAA was even called.

Witnesses say the objects would sometimes form triangles or straight lines across the horizon.

CNN affiliate 9NEWS reportedly observed the UFOs as well, and managed to capture the objects on video.

NORAD said they were not tracking any anomalies in that location but were investigating. 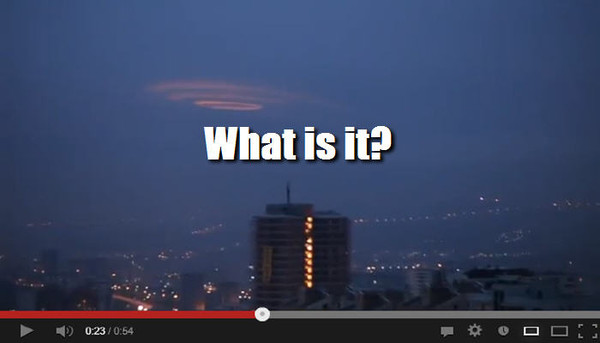 “NORAD is not tracking any anomalies in that location. We are investigating,” Army Major Beth Smith, a North American Aerospace Defense Command spokeswoman, told the news station Friday.

NORAD did not immediately respond to TheBlaze’s request for update or comment on the situation as of Monday morning.

KUSA reported that the objects were said to form straight lines or triangles. Even the news station’s reporter Matt Renoux saw the UFOs, saying that he didn’t think they were drones or weather balloons.

Watch KUSA’s report about the sighting:

Related:
Mystery fireball lights up the Utah sky like a UFO… but astronomer insists it’s just a meteor