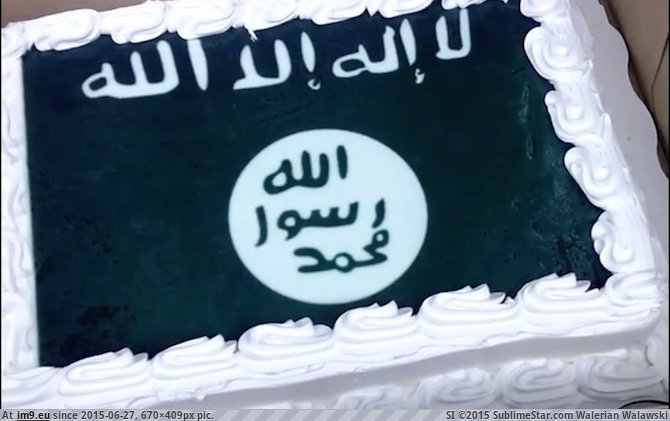 “This is the perfect example of them controlling your Freedom!
I was originally going to do a story on how Amazon will still sell the Nazi flag, but not the Confederate. Then i seen this footage and thought, It speaks for itself! So, Walmart will make a ISIS Cake No Problem, But if it comes to the Confederate, Forget about it!
People better wake up before the Old Red, White and Blue get banned, and they will Still be making ISIS Cakes! SICK!”