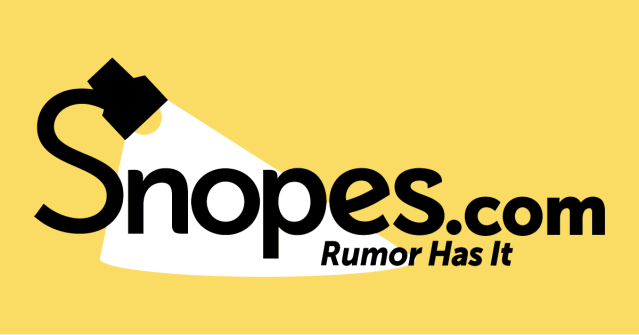 Snopes, a left-leaning fact-checking website given preferential treatment by both Facebook and Google, flubbed its fact-check of American Indian activist Nathan Phillips’ false claim of being a Vietnam veteran.

VOTE NOW: Should Trump Use The Military To Build The Wall? —–>

Phillips shot to national attention after a viral confrontation between him and a group of high school boys from Covington Catholic high school. Phillips, with the help of credulous national media outlets, said the boys mobbed and racially harassed him as he tried to leave the Indigenous People’s March. Video evidence debunked Phillips’s account.

In addition to botching the details of the confrontation, media outlets also inaccurately reported that Phillips is a Vietnam veteran.

Phillips described himself in interviews as a “Vietnam-times veteran” and groups affiliated with him told The New York Times that he fought in Vietnam. Phillips explicitly claimed in a 2018 Facebook video that he was a Vietnam veteran who served “in theater.”

Military records show that Phillips never deployed to Vietnam, though his military service did include a long stint as a refrigerator technician.

Snopes’s fact-check incorrectly labeled it “unproven” that Phillips had falsely claimed to be a Vietnam veteran. Snopes declined to change its misleading ruling despite definitive video evidence of Phillips doing exactly that.

Both Facebook and Google give Snopes preferential treatment on their platforms, though Snopes has struggled with accuracy in the past

Google placed Snopes’s misleading fact-check at the top of their search results about Phillips’s Vietnam claims.

An emailed statement from Snopes emphasized that Phillips didn’t explicitly say in recent interviews that he was a Vietnam veteran and used more nuanced language like “Vietnam-times veteran.”

In an update, Snopes questioned whether Phillips “deliberately” portrayed himself as a Vietnam veteran.

“It’s difficult to determine at this point whether Phillips has deliberately misrepresented the nature of his service, whether he has been so vague and ambiguous in many of his descriptions (unintentionally or otherwise) that misinterpretations have entered his narrative, or whether he has tried to be accurate but may have just occasionally slipped up in his many, many hours of conversation and sometimes neglected to include the qualifiers about his service that he has used in many other videos and press interviews,” Snopes wrote in an update to the fact-check.

But Snopes wasn’t fact-checking whether Phillips “deliberately misrepresented” his record. Snopes was fact-checking the question: “Did Nathan Phillips Falsely Claim He Was A Vietnam Veteran?” It’s a fact that Phillips falsely claimed he was a Vietnam veteran.

This isn’t the first time that Facebook and Google’s partnerships with Snopes have resulted in the tech giants amplifying misinformation.

In December, Snopes botched its fact-check of a viral meme that was mocked within political circles for spreading false information. Snopes claimed the meme was accurate.