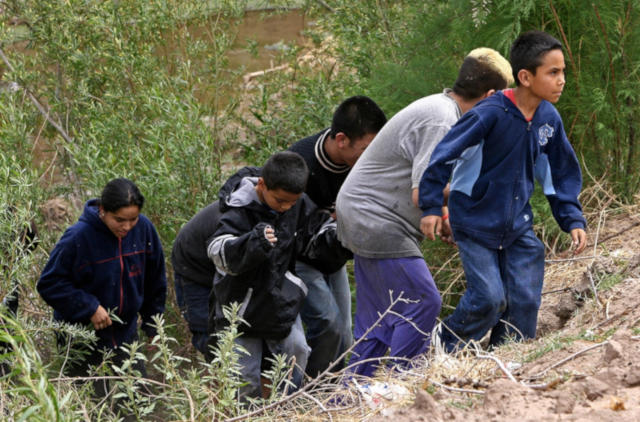 One Guatemalan woman identified as “Leticia” says she was left traumatized and her daughter is still having nightmares.

In her complaint, Leticia says her daughter has nightmares and night sweats, and sometimes blurts out, “Don’t let them take me away again,” reported the Washington Times.

So these illegal aliens claim they are fleeing threats of gang violence from their home countries, but the migrant detention centers is what traumatized them — makes sense.

A federal judge in June ordered an end to the separations and ordered the families reunited. That sent the government scrambling to reconnect more than 2,000 children who had been separated from parents who, in some cases, had already been deported.

A legal battle over the pace of reunifications is still being fought in a federal court in California, but Monday’s action is a separate step, seeking to make those snared in the separations whole.

The claims were filed under the Federal Tort Claims Act. Monday’s action was a notification of claims, and the government now has six months to evaluate the claims and decide what to do.

If the migrants don’t find the government’s response satisfactory, they can file a lawsuit to try to enforce their demand.

Of the six migrant families, five appear to have sneaked across the border and been arrested as illegal immigrants. Based on the filings, the sixth appears to have shown up at a port of entry without permission.

Each of the families then made a claim for asylum, and those claims are pending, giving them a tentative status.