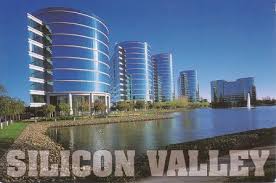 Pay Pal founder and early Facebook investor Peter Thiel has given $1.25 million to an initiative to create floating libertarian countries in international waters, according to a profile of the billionaire in Details magazine.

Thiel has been a big backer of the Seasteading Institute, which seeks to build sovereign nations on oil rig-like platforms to occupy waters beyond the reach of law-of-the-sea treaties. The idea is for these countries to start from scratch–free from the laws, regulations, and moral codes of any existing place. Details says the experiment would be “a kind of floating petri dish for implementing policies that libertarians, stymied by indifference at the voting booths, have been unable to advance: no welfare, looser building codes, no minimum wage, and few restrictions on weapons.”

“There are quite a lot of people who think it’s not possible,” Thiel said at a Seasteading Institute Conference in 2009, according to Details. (His first donation was in 2008, for $500,000.) “That’s a good thing. We don’t need to really worry about those people very much, because since they don’t think it’s possible they won’t take us very seriously. And they will not actually try to stop us until it’s too late.”

The Seasteading Institute’s Patri Friedman says the group plans to launch an office park off the San Francisco coast next year, with the first full-time settlements following seven years later.

Thiel made news earlier this year for putting a portion of his $1.5 billion fortune into an initiative to encourage entrepreneurs to skip college.

Another tech titan, Amazon founder Jeff Bezos, announced in June that he would be funding the “Clock of the Long Now.” The clock is designed to keep ticking for 10,000 years, and will be built in a mountain in west Texas.