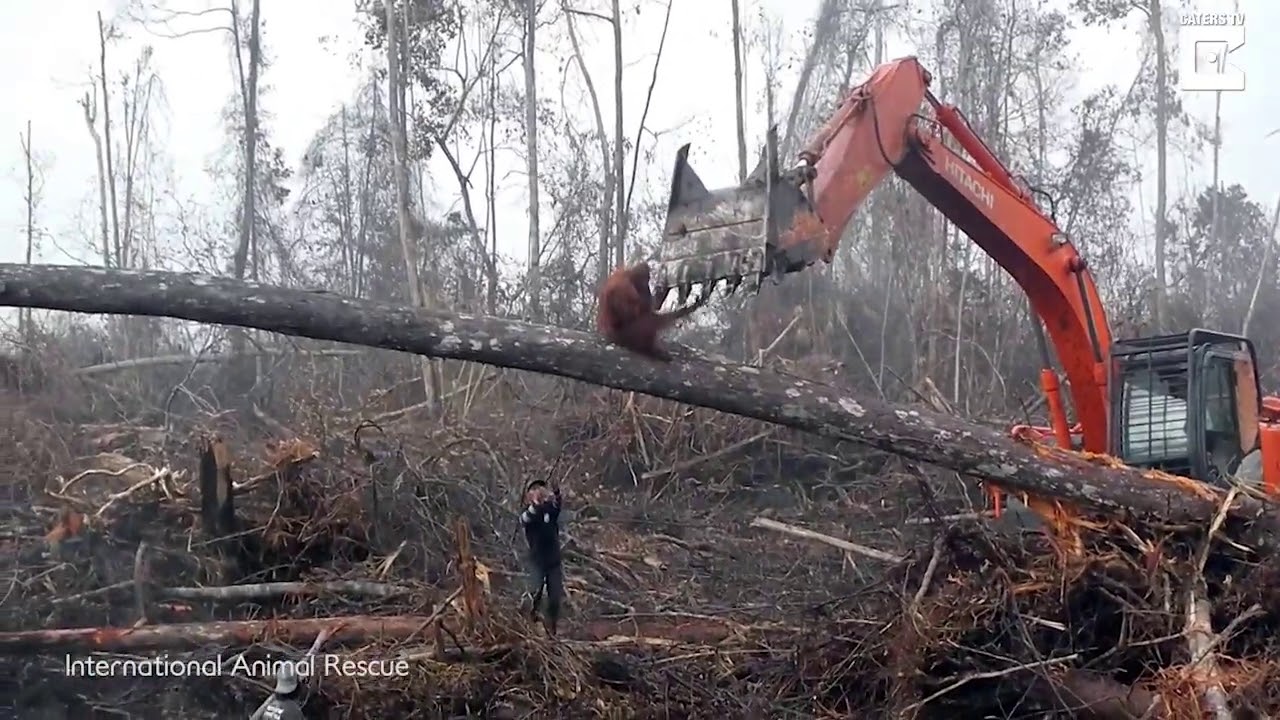 Footage recently released by International Animal Rescue, shows harrowing footage of an orangutan trying to fight off a bulldozer destroying its habitat. As loggers smash the base of a tree in the Ketapang District, West Borneo, heart-breaking video shows one of the great apes perched in the tree’s canopy as it falls to the floor. In the footage – originally shot in 2013 but only released publicly now – the orangutan is clinging on as it slowly topples to the ground, the orangutan starts making its way down the trunk. As two members of IAR’s Orangutan Protection Unit try to dart and carry the animal to safety, the dismayed ape reaches out and momentarily grabs on to the maleficent machine causing it to pull away.