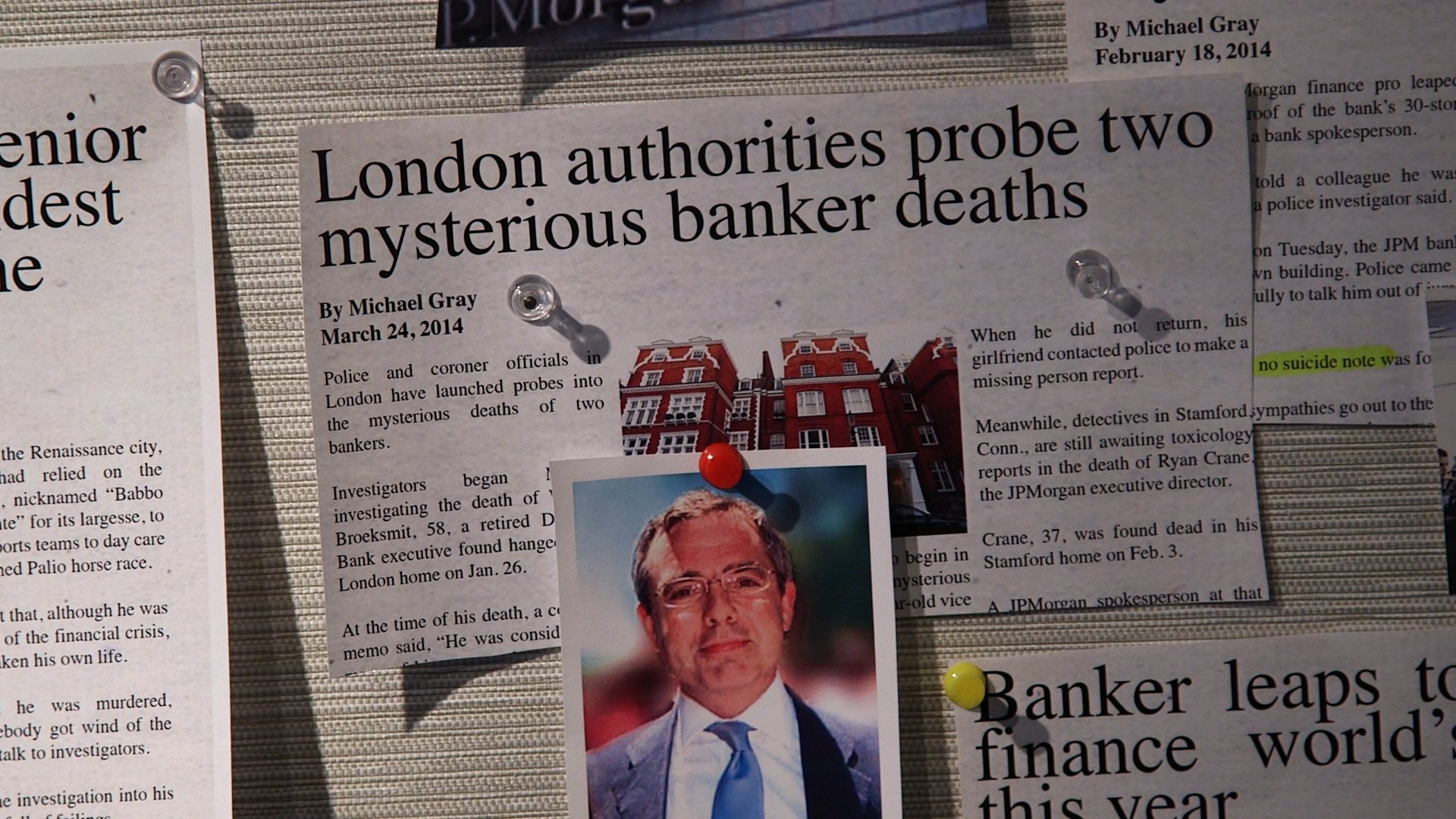 “What is the phrase,” said Michel Gray with a grim face from his offices in Manhattan. “Dead men tell no tales?”

‘What is the phrase?’ said Michel Gray with a grim face from his offices in Manhattan. ‘Dead men tell no tales?’

Michael, who is the Sunday Business Editor at the New York Post, said he saw a dark connection in the suicides of three top bankers in New York, London and Siena, Italy, which officially seem like a series of unconnected events.

After all, we see headlines of bankers committing suicide quite often, it’s sadly not very out of the ordinary.

The official story is they were a series of unrelated suicides, but there was a very dark connection which only Michael Gray could get to the bottom of – his journalism ended up winning awards.

We were well past the financial crisis, [the collapse of major bank] Lehmann was 2008, so it wasn’t like the crash of 1929 when people were jumping out the windows.

This was 5-6 years after the recession so it had to be something so I started digging.

I was able to find some commonality in three of the suicides where authorities didn’t have any connections at all, and those involved Deutsche Bank…