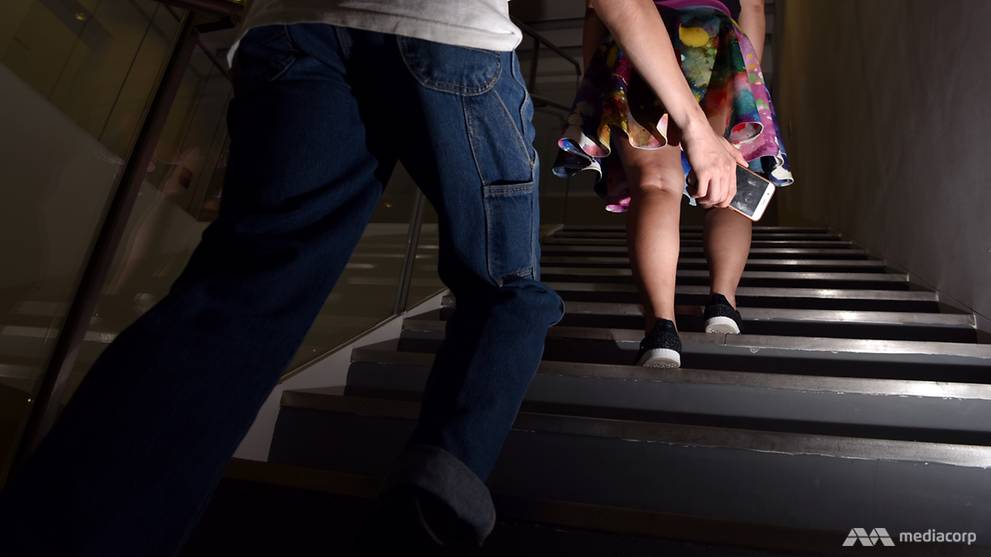 SINGAPORE: A serial upskirter faces fresh charges, including two counts under the new voyeurism offences that came into force under the updated Penal Code this month, punishable with caning.

Gary Huang Kunjie, 35, returned to court on Friday (Jan 31) for one charge of insulting a woman’s modesty, allegedly committed in December 2019, and two counts of voyeurism committed earlier this month.

He is accused of placing a mobile phone in between a woman’s legs at Bugis MRT station on Dec 28, 2019, and taking photos underneath her skirt.

This charge was under the old Section 509 charge of insulting a woman’s modesty, punishable by a maximum year’s jail, a fine, or both. It was repealed when changes to the Penal Code came into effect on Jan 1.

The voyeurism charges he faces are for two incidents: The first was at Serangoon MRT station on Jan 9 this year, where he is said to have snapped an upskirt photo of a 23-year-old woman.

The second occurred days later on Jan 15 at Hillview MRT station, when he allegedly took an upskirt photo of a 37-year-old woman.

If found guilty of the voyeurism charges, he could be jailed for up to two years, fined, caned, or given any combination of these penalties.

Huang had last been sentenced to jail in October 2019 for taking upskirt photos.

He will return to court on Feb 28.