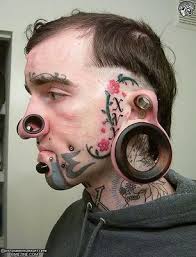 LITTLE OCK, Ark. — The Senate passed a bill on Tuesday that would ban non-traditional body art and skin implants.

By a 26-4 vote, the Senate moved to outlaw scarification, a procedure involving the scarring of the skin using heat to form a tattoo without ink, and implants that place ornaments under the skin.

The bill now goes to the House.

ARKANSAS — Lawmakers are attempting to push nanny state laws into tattoo parlors. A new bill, SB 387, calls for regulation on all sorts of body art and would ban the act of intentionally scarring the skin (known as “scarification”) and “dermal implants.”

Critics don’t want government to restrict their personal decisions about their own bodies. They also say that the the bill is so poorly written that it might very well prohibit body piercings and tattoos. The bill defines scarification as meaning “injury of the skin involving scratching, etching…” which is technically what tattooing is. Similarly, the bill defines dermal implanting as “the insertion of an object under the skin of a live human being for ornamentation or decoration…” which would also effect getting ear piercings or body piercings.

As with many laws, it will have consequences. It will drive people underground to get their body artwork performed. Instead of clean, professional shops doing the art, they will get it done in people’s homes and garages. Prohibition laws create black markets.