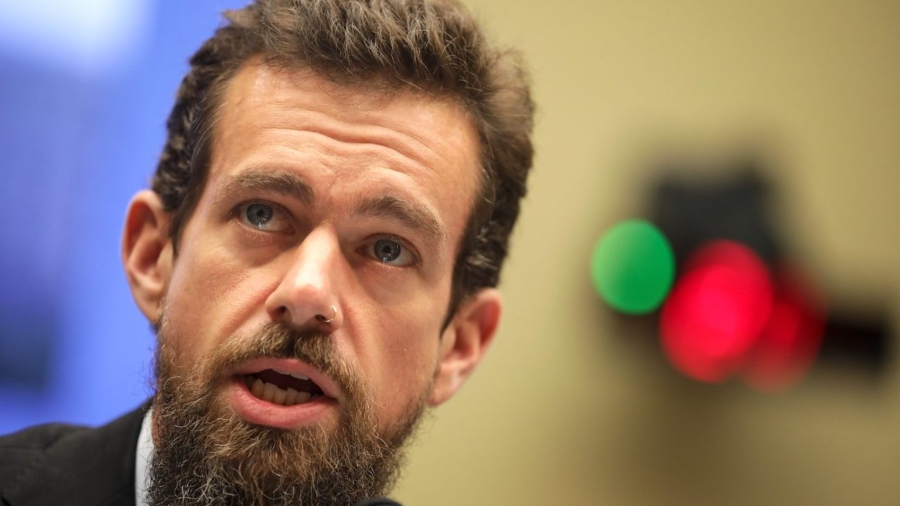 Source: Senate Judiciary Committee to Subpoena Twitter CEO Jack Dorsey Over Blocked Hunter Biden Posts“This is election interference and we are 19 days out from an election,” said Sen. Ted Cruz (R-Texas) to reporters on Thursday, adding that the Judiciary Committee “will issue a subpoena to Jack Dorsey” for next Friday, Oct. 23. Cruz and Chairman Lindsey Graham (R-S.C.) said they will hold a vote on issuing a subpoena.

Both Cruz and Graham said they aren’t sure whether the NY Post’s reporting “is true,” but they stressed that it is about censorship.

Graham pointed out that discredited information from a dossier compiled by former UK spy Christopher Steele was not blocked by Twitter. Meanwhile, regarding the allegations that President Donald Trump colluded with Russia, “nobody blocked that,” he said.

Social media firms, he argued, “have a dominance in our lives … they’re publishers” akin to newspapers or television broadcasters. But Twitter’s recent actions “crystalizes the problem” of censorship ” better than anything for the American people,” he said.

Conservatives, including President Trump, have said that big tech companies like Twitter, Google, and Facebook have engaged in censorship of their viewpoints, while simultaneously allowing far-left viewpoints to flourish with impunity.

“The power behind these platforms” has been “taken to a level that is truly dangerous,” Graham said, stressing to Democratic-leaning individuals: “It could be you tomorrow.”

Twitter has not responded to a request for comment, and Dorsey has not made a public statement about the matter.

Dorsey on Wednesday, in a rare statement, apologized after the NY Post said its account was locked.

“Our communication around our actions on the @nypost article was not great. And blocking URL sharing via tweet or DM with zero context as to why we’re blocking: unacceptable,” Dorsey wrote on Twitter on Wednesday.

Trump campaign communications director Tim Murtaugh said: “This is election interference, plain and simple. For Twitter to lock the main account of the campaign of the President of the United States is a breathtaking level of political meddling and nothing short of an attempt to rig the election.”

From The Epoch Times