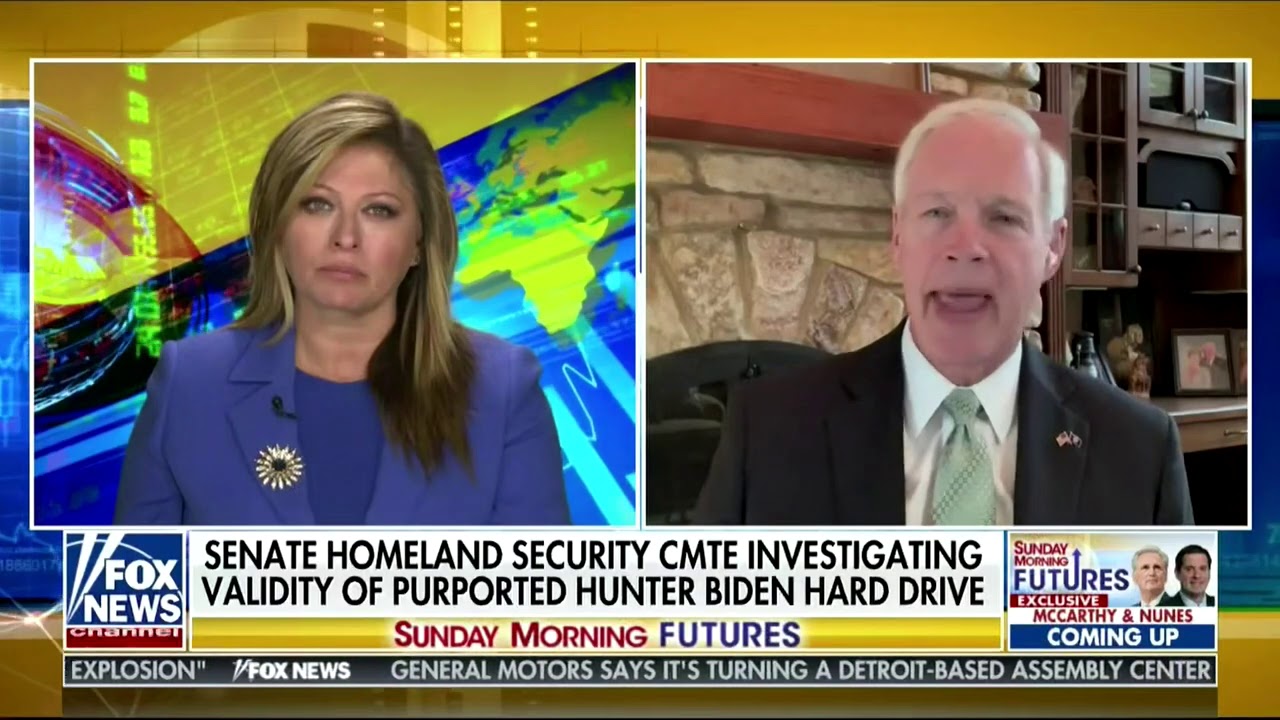 Man, no wonder Twitter CEO Jack Dorsey and Facebook CEO Mark Zuckerberg are so anxious to censor the reporting about the contents of Hunter Biden’s laptop. As if the emails revealing Hunter a…

On Saturday, this photo of a federal grand jury subpoena issued last December began making the rounds on social media: 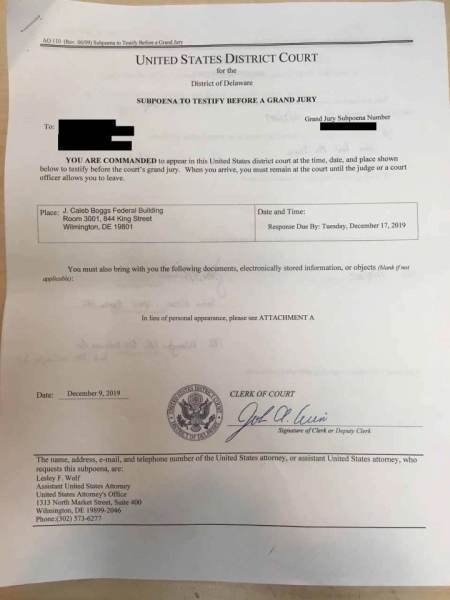 Business Insider was able to confirm that the signature matched that of New Jersey-based FBI agent Joshua Wilson that was contained on a similar subpoena issued in a different case in 2012:

In 2012, Wilson was described by The Star-Ledger, a New Jersey-based newspaper, as “an FBI agent based in New Jersey who has spent nearly five years working full time on child pornography.” (More recent news articles suggest Wilson has also worked child abduction cases.)

A child pornography criminal complaint from 2012 includes Wilson’s signature — seemingly an exact match to what was found on the December subpoena.

In an interesting development, Senator Ron Johnson, Chairman of the Senate Homeland Security Committee, appeared today on Fox’s “Sunday Morning Futures” program with host Maria Bartiromo. During an exchange with Bartiromo regarding this piece of the investigation, Sen. Johnson didn’t exactly confirm that that was taking place, but he also didn’t even come close to denying it.

Here’s a transcript of that exchange:

Johnson: Well, I think you just made a connection. This is what the FBI has to come clean about. This isn’t a standard investigation where the FBI doesn’t indict somebody and everything remains confidential. This is something that we were talking about that relates to national security. If there is criminal activity involved that is tied to Hunter Biden or his business associates or even possible ties to other members of the Biden family that some of these emails indicate that Joe Biden is fully aware of this, that he was taking his 10% cut or requiring 50% from his family members’ salaries, this needs to be known before Americans go to the polls.

Bartiromo: So was the FBI agent serving the subpoena investigating child pornography, senator?

Senator Ron Johnson: Well, you just read the news report. I can’t comment any further. I don’t want to speculate other than to say that what I said publicly before. Our report uncovered several troubling connections, so many things that need to be investigated that I really think we’re just scratching the surface. Yes, I’ve heard all kinds of things that I think will probably be revealed over the next few days. There’s a treasure trove of emails and video and pictures. Not only in the purported computer of Hunter Biden but now we got the co-conspirator Bevan Cooney that’s also starting to reveal information. I guess we’ll find new information over the next couple of weeks.

Breitbart reported on Friday, the investigation is benefitting from the cooperation of Hunter Biden co-conspirator Bevan Cooney, an ex-“business partner” of the Bidens who has now flipped and is cooperating.

From that Brietbart report:

Newly obtained emails from a Hunter Biden business partner lay out in detail how the Vice President’s son and his colleagues used their access to the Obama-Biden administration to arrange private meetings for potential foreign clients and investors at the highest levels in the White House. These never-before-revealed emails outline how a delegation of Chinese investors and Communist Party officials managed to secure a private, off-the-books meeting with then-Vice President Joe Biden.

In a 2011 email, Hunter Biden’s business associates also discussed developing relations with what one called “China Inc.” as part of a “new push on soft diplomacy for the Chinese.” These emails are completely unconnected to the Hunter Biden emails being released by the New York Post.

These and more explosive never-before-revealed emails were provided to Schweizer by Bevan Cooney, a one-time Hunter Biden and Devon Archer business associate. Cooney is currently in prison serving a sentence for his involvement in a 2016 bond fraud investment scheme.

In 2019, Cooney reached out to Schweizer after becoming familiar with the revelations in his 2018 book Secret Empires. Cooney explained that he believes he was the “fall guy” for the fraud scheme and that Archer and Hunter Biden had avoided responsibility.

If any of you have been harboring the notion that the Bidens have seen the worst of this scandal, think again. There is so much more yet to come.