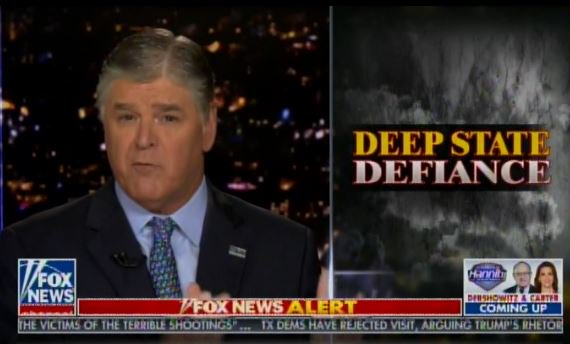 Sean Hannity told his audience again on Tuesday that when the DOJ investigation on FISA abuse and the Spygate scandal on Trump is complete — “It will shock the conscience of a nation.”

Sean had this to say during his first segment tonight.

Sean Hannity: My sources are telling me… At the end of this investigation, my sources are telling me today and tonight, Everything that we have been telling our viewers, by say no later than the fall, it’s all going to be revealed to the American people… I know for some of you this is taking a long time. I know the wheels of justice sometimes move slowly. The issue of Mueller is gone, done and finished. The issue of thee abuse of power and corruption is not only just started, they are deep into discovering the things that we have told you on this program. Everyone of them will be proven to be true. every single solitary report.

Source: Sean Hannity: My Sources are Telling Me the DOJ Investigation of Spygate “Will Shock the Conscience of a Nation” (VIDEO)