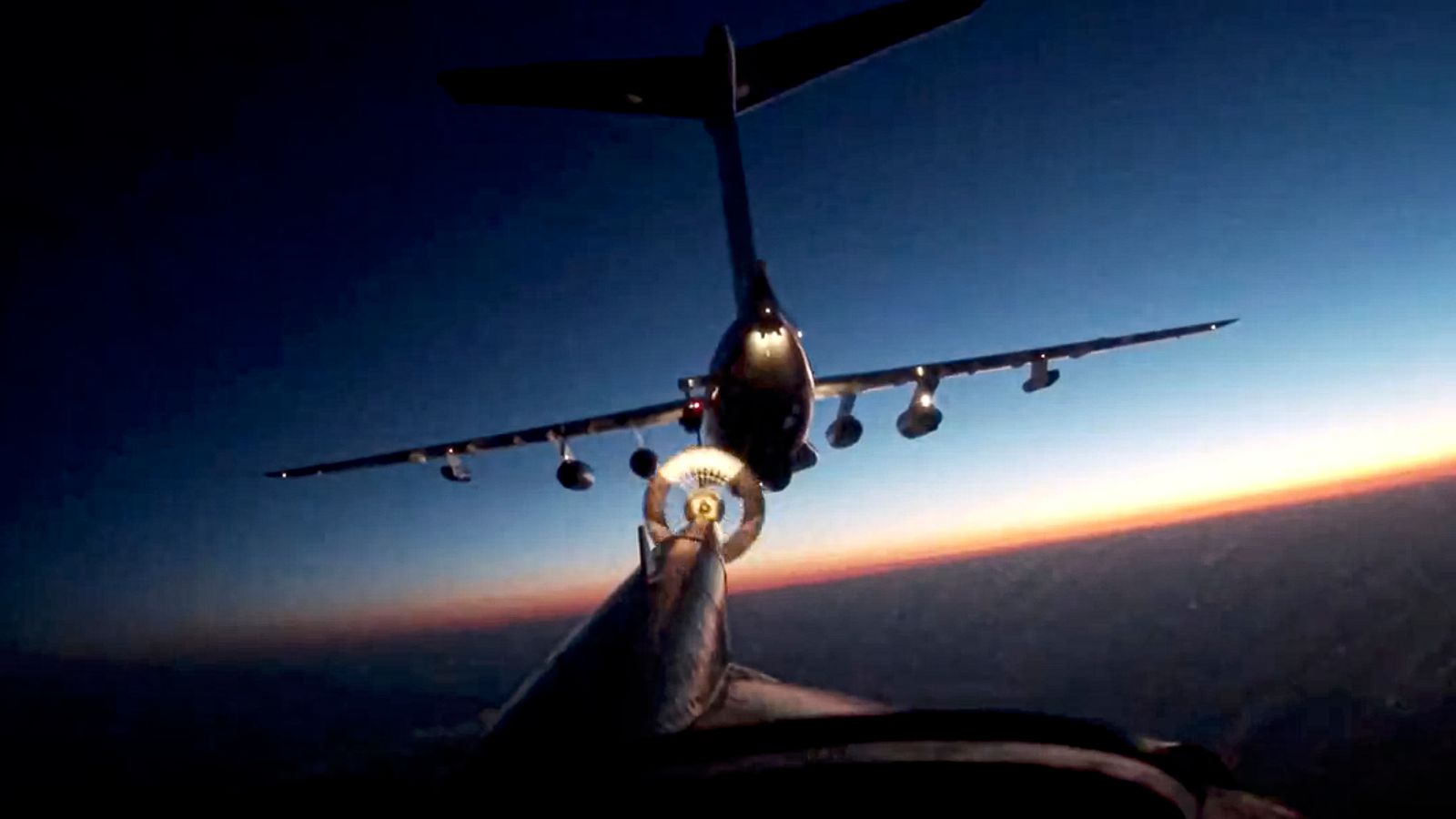 A fleet of 125 military air-to-air refuelling tankers would release a cloud of microscopic sulphur dioxide particles at an altitude of 43,000ft (13km) and a latitude of 60 degrees in both hemispheres, slightly shading the Earth’s surface beneath.

Scientists have outlined a controversial plan to refreeze the North and South Poles, and dial down the global thermostat.

They say high-flying jets could spray microscopic aerosol particles into the atmosphere to reflect sunlight and cool the melting icecaps.

Around 175,000 flights a year would be needed, releasing millions of tonnes of carbon dioxide.

But a former UK chief scientist backed the plans, telling Sky News that polar warming is now critical – and refreezing the ice could hold back the rise in global sea levels.

The new study was led by Wake Smith from Yale University in the United States.

He warned the plan would treat an important symptom of climate change, not the cause.

“It’s aspirin, not penicillin. It’s not a substitute for decarbonisation,” he said.