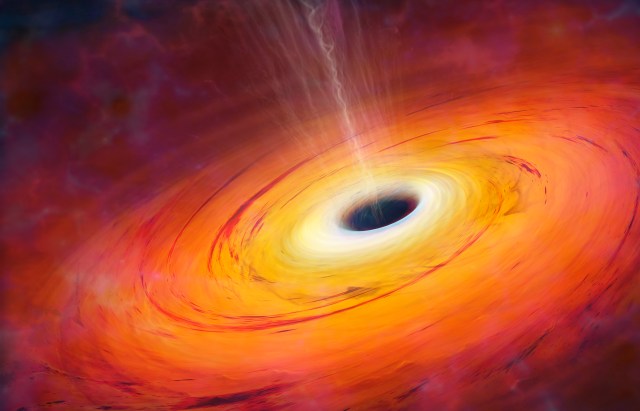 SCIENTISTS have created a black hole in a laboratory to test a decades-old Stephen Hawking theory.

In a new study, researchers were able to recreate the conditions of a black hole in a lab.

A black hole is an invisible place in space where gravity pulls so intensely that even light can not escape it.

The gravity in a black hole is so strong due to the dense matter being contained in a tiny space – this happens when a star is dying.

In the study, a team of scientists used a single-file chain of atoms to simulate the event horizon of a black hole.

What came next is something known as ‘Hawking Radiation’ – a theory proposed by the late physicist Stephen Hawking.

EYES TO THE SKIES 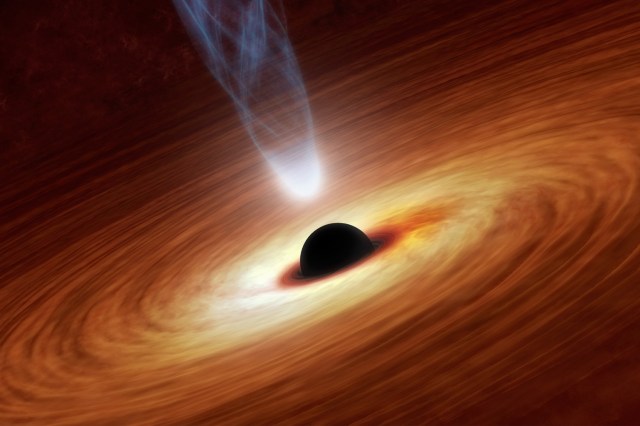 What is Hawking Radiation?

Hawking radiation describes the hypothetical particles that arise outside a black hole’s boundaries because of relativistic quantum effects.

Currently, there are two theories that aim to explain the inner workings of our universe: the general theory of relativity; and quataum mechanics.

In general relativity, events are continuous and deterministic, meaning that every cause has a specific, local effect.

However, in quantum mechanics, events produced by the interaction of subatomic particles happen in jumps, with probabilistic rather than definite outcomes.

But now, this new simulation of black holes and the theory of Hawking Radiation may help to unify the two frameworks.

Currently, we have no way of knowing what happens to an object after it crosses a black hole’s boundary because no information is sent back to the universe.

But in 1974, Stephen Hawking said that these interruptions to quantum fluctuations may result in a type of radiation that may carry some information.

And now, thanks to this new study, which showed the black hole ‘glowing’ from radiation, we can analyze the properties by simulating analogs in laboratories.

“This, can open a venue for exploring fundamental quantum-mechanical aspects alongside gravity and curved spacetimes in various condensed matter settings,” the study authors write.

The new study comes shortly after researchers discovered a black hole that’s just 1,560 light-years from Earth – closer than any other known black hole.

Dubbed, Gaia BH1, the black hole lives in a binary star system with another sun-like star.