Science: Resurrecting The Dead Within 30 Years 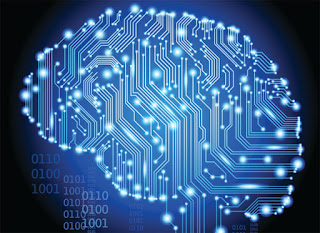 An Australian company founded in Los Angeles, California by entrepreneur Josh Bocanegra, called Humai claims they’re working on tech that will allow them to bring their clients back from the dead within thirty years.

With the rise of brain-controlled robotic limbs, advanced biomedical implants, and life-saving medical treatments, it seems as though in the modern day, we’re closer than ever to conquering death.

Some hope to extend the human lifetime indefinitely. Singularity proponents hope that eventually we’ll be able to upload our consciousness to computers.

Humai CEO Josh Bocanegra offers a little insight into how their process is different from other firms.

“We’ll first collect extensive data on our members for years prior to their death via various apps we’re developing. After death we’ll freeze the brain using cryonics technology. When the technology is fully developed we’ll implant the brain into an artificial body. The artificial body functions will be controlled with your thoughts by measuring brain waves. As the brain ages we’ll use nanotechnology to repair and improve cells.

“We’re actually using A.I. for a few purposes. We want to build A.I. into nanotechnology that can emulate how our bodies function with the brain. Soon, we’re going to be using A.I. to extract data from our members that will be used to analyze and store information – all for the purpose of building your profile in our system.”

As we find ways to truly resurrect the human, we will be working on various other groundbreaking projects. For example, an A.I. application called “Soul,” which is an artificial replica of a deceased person’s voice and personality. The app will collect and learn the behavioral, speaking, and expressive patterns from the person for a number of years before they die. With the retrieved information the app aims to create each persona as authentic as possible.

There are no limits.

I don’t think tombstones, photos, videos, or even our own memories are the best ways to remember someone who has passed. Instead, I think an artificially intelligent version of your loved one, whom you can interact with via text and voice, is more desirable. Rather than visiting a grave, you’ll use software to interact with your loved one.”

Using artificial intelligence and nanotechnology to store data of conversational styles, behavioral patterns, thought processes and information about how your body functions from the inside-out. This data will be coded into multiple sensor technologies, which will be built into an artificial body with the brain of a deceased human.

If it sounds like something out of science fiction, that’s because it is.
The challenges are significant: taking a dead brain and bringing it back to life; wiring up the brain so that it can control a silicon-based machine; and trying to replicate that vital thing that is you–your personality, your past experiences, your mind. We wouldn’t bet on this thing working, at least not anytime soon. But (hopefully) it won’t hurt to try. To find out more about Humai’s quest for immortality, we sent a few questions to Josh Bocanegra, the CEO and founder of Humai.

Think taking your hard drive out of your old desktop and plunking it into a brand new Alienware and you’ll have some sense of what Humai is aiming for.

With a staff of five and still searching for outside investors, Bocanegra is still confident they can reach their goal of making their first resurrection in thirty years.