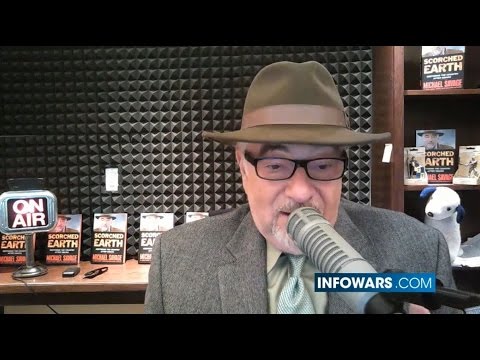 These were Dr. Michael Savages last interviews with Infowars before he was banned from radio. We tried to get a hold of WABC

Michael Savage, the host of the nationally syndicated “The Savage Nation,” says he has been “couped” off the air in his number one affiliate, WABC-Radio NY.

Savage went on the air on Monday – just hours before the highly anticipated Presidential Debate – and ranted against WABC for throwing him off the air. Savage says he was given no advance warning and it came as a shocking surprise.

Listeners to Savage know that a good part of his callers are from the Tri-State Area where he is the number one listened to talk show on the station.

He was replaced by the “Curtis And Kuby Show”, whom Savage crushes in ratings.

Savage says if this continues tomorrow, he may leave radio.

I’VE BEEN SABOTAGED ON AIR. TO DESTROY SUPPORT FOR TRUMP. MORE LATER