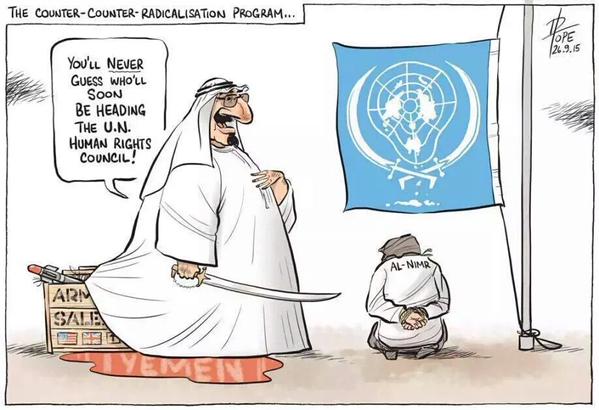 The Saudis are leading a coalition of countries, whcih since late March has been using their military to attack Houthi rebels in Yemen in an attempt to put ousted President Abd Rabbuh Mansur Hadi back into power. According to UN numbers published on Tuesday, at least 2,355 civilians have been killed during the six months of the conflict. The majority of them died in Saudi attacks.

The latest of alleged atrocities in the Yemen war is an apparent Saudi airstrike that killed 131 guests at a wedding party. The Saudis, who have air superiority in Yemeni airspace, denied any involvement.

According to Amnesty International, many civilian killings in Yemen can be considered war crimes. In September, UN human rights chief Zeid Ra’ad Al Hussein called for an independent, international inquiry into alleged war crimes in the country. The Netherlands submitted a draft resolution to the UN Human Rights Council (HRC) shortly after, which among other things called for UN experts to be sent to Yemen to investigate allegations of crimes committed by all parties involved. The proposal was backed by a number of European countries …. http://www.rt.com