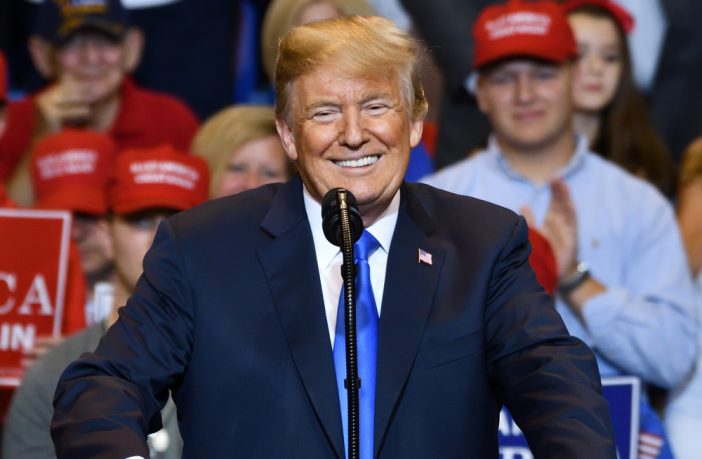 With EU parliamentary elections fast approaching in May, Italy’s Interior Minister Matteo Salvini is seeking to court a powerful ally across the Atlantic – Donald Trump.

In the past months, both Trump and Salvini have exchanged their fair share of blows with Germany’s Angela Merkel and France’s embattled president Emmanuel Macron. But is an alliance based primarily on the common adversaries of the two populist leaders practical?

Salvini and Trump have more in common with one another than simply their distrust and antipathy towards the French and German leaders who recently joined hands to raise a ‘European Army’. On the 25th of January Merkel and Macron met in the ancient western German city of Aachen and signed a new Franco-German friendship treaty which Merkel has stated ‘’contributes to the creation of a European army’.

If Salvini is going to counter this attempt by Merkel and Macron to consolidate power on the European continent, he is going to need a powerful ally. That ally could likely be Donald Trump.

Germany’s economic power and France’s geopolitical clout make Europe’s two most powerful countries difficult to ignore. If Salvini can gain Trump’s stamp of approval, this could give him a much needed political boost and edge against rivals ahead of EU parliamentary elections which begin on May 23 of this year.

In an interview given to Bloomberg, Salvini’s adviser and undersecretary at the Italian Foreign Ministry, Gugliemo Picchi, said, “This is the time for the U.S. to have a new special relationship, not with the U.K. but with Italy. He added, “We’ll be the ones for Trump to call, his closest ally in the EU.”

“Salvini and Trump see eye-to-eye on migration, job creation and protecting the national interest. We have a strategic affinity, we have 400 intelligence and other personnel in Libya, we’re aligned with the U.S. in the Middle East”, Picchi argued.

A viable meeting place is at the Conservative Political Action Conference, which is scheduled to take place from February 27th to March 2nd. According to Picchi, Salvini has been invited and Trump is likely to attend. The two have only met once before at a Trump campaign rally in Pennsylvania during 2016.