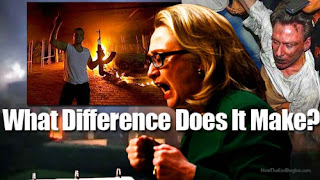 US Democratic presidential candidate Hillary Clinton has accused the Russian president of creating chaos in Syria by bombing terrorists there.

Clinton made the comments during the first Democratic presidential debate of this year held on Tuesday in Las Vegas, Nevada.

The former secretary of state said that she’d had some success dealing with former Russian President Dmitry Medvedov.

But then Vladimir Putin again became president of Russia, she added, and “that did change the relationship.”

CLINTON: “We have to stand up to his bullying, and specifically in Syria, it is important — and I applaud the administration because they are engaged in talks right now with the Russians to make it clear that they’ve got to be part of the solution to try to end that bloody conflict,” she said. CLINTON: “And, I think it’s important too that the United States make it very clear to Putin that it’s not acceptable for him to be in Syria creating more chaos, bombing people on behalf of Assad, and we can’t do that if we don’t take more of a leadership position, which is what I’m advocating,” Clinton stated.