Skip to content
Uncategorized
March 23, 2022 Q
If the US-led military bloc deploys its peacekeepers to Ukraine, it may lead to a military confrontation with Russia 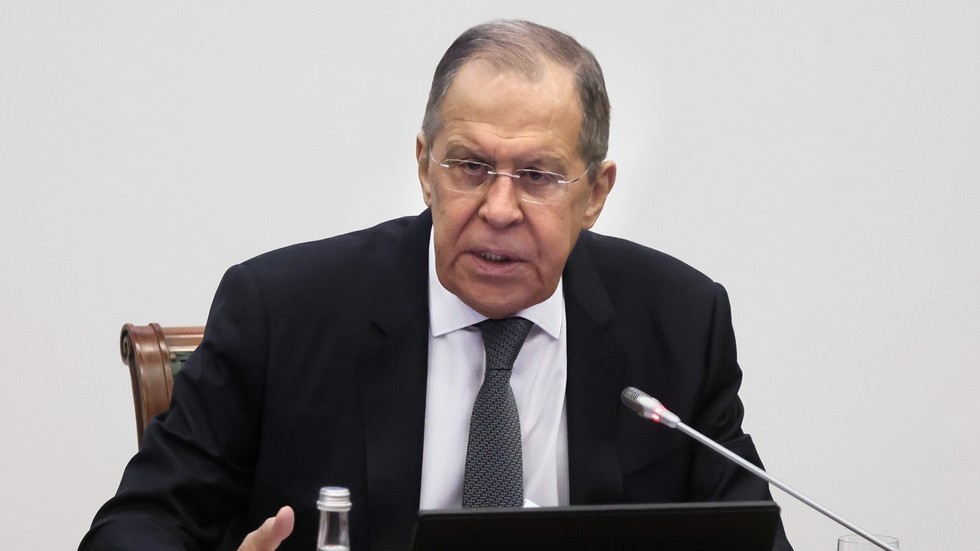 NATO deploying its peacekeepers to Ukraine may trigger a military conflict with Moscow, according to Russian Foreign Minister Sergey Lavrov

Russian Foreign Minister Sergey Lavrov warned, on Wednesday, that if NATO agrees with a Polish proposal to deploy peacekeepers to Ukraine, the move could trigger a military conflict between the US-led bloc and Moscow.

Lavrov also claimed that Warsaw may desire to establish a foothold in the large western Ukrainian city of Lvov and remain there after the conflict is over. “Why not, they had such thoughts, and not only thoughts, this occurred in the past,” he said. The diplomat also warned the Baltic states against sending their “little battalions” to fight Russian troops in Ukraine.

“Our Polish colleagues have already stated that there will be a NATO summit now, and peacekeepers should be deployed. I hope they understand what is at stake. This will be a direct clash between the Russian and NATO armed forces, which everyone not only wanted to avoid but said that it should never take place in principle,” he outlined.

Earlier last week, the prime ministers of Poland, the Czech Republic, and Slovenia reportedly traveled to Kiev to meet with Ukrainian President Volodymyr Zelensky. Afterwards, Polish Deputy Prime Minister Jarosław Kaczynski declared that NATO should deploy a peacekeeping mission to Ukraine while the EU should grant Kiev official candidate status. “I believe that a NATO peacekeeping mission is needed, a mission that can defend itself and that will operate in Ukraine,” said Kaczynski.

Previously, UK Prime Minister Boris Johnson rejected Kiev’s plea to establish a no-fly zone over Ukraine, saying it would inevitably lead to a direct clash with Russia. US President Joe Biden also stated that “[Washington] will not fight a war against Russia in Ukraine” warning that a direct confrontation between NATO and Moscow is one way to start World War III.

Moscow attacked its neighbor in late February, following a seven-year standoff over Ukraine’s failure to implement the terms of the Minsk agreements, and Russia’s eventual recognition of the Donbass republics in Donetsk and Lugansk. The German- and French-brokered protocols had been designed to regularize the status of those regions within the Ukrainian state.

Russia has now demanded that Ukraine officially declare itself a neutral country that will never join the US-led NATO military bloc. Kiev insists the Russian offensive was completely unprovoked and has denied claims it was planning to retake the two republics by force.