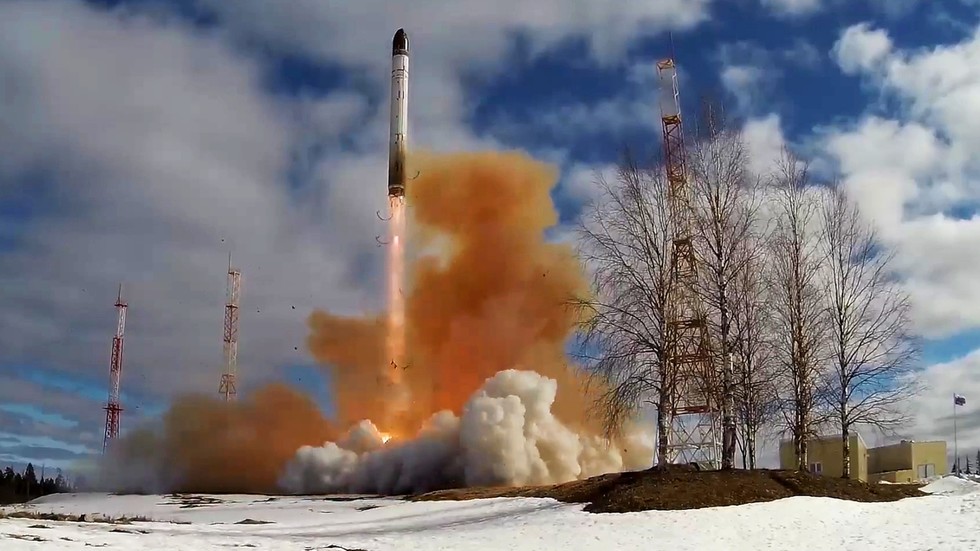 Nuclear war is unacceptable, but there is currently a very real danger of it, Russian Foreign Minister Sergey Lavrov said in an interview

Russia’s starting position is that atomic war should be unacceptable and Moscow successfully persuaded the US and other nuclear powers to agree on that back in January, Foreign Minister Sergey Lavrov outlined in an interview on Monday. However, he added that the situation has since deteriorated to the point where there is a real and serious threat.

Moscow tried to persuade US President Donald Trump to recommit to the 1987 statement by US and Soviet leaders that there can be no winners in a nuclear war, and that such a war should never be fought, Lavrov explained in the interview with ‘The Great Game’, a political talk show on Russia’s Channel One.

While the Trump administration declined to do so, his successor Joe Biden “quickly” agreed with Moscow, and the statement was made at the June 2021 summit with Russian President Vladimir Putin in Geneva. China, France, and the UK – the remaining three nuclear powers that are also permanent members of the UN Security Council – agreed as well, and made a joint statement.

“This is our principled position. We start from it,” Lavrov said. However, the risks of nuclear war are now “very significant. I don’t want them artificially inflated. There are many who would wish for it. The danger is serious, real. It cannot be underestimated.”

Lavrov praised as “good and wise” the Biden administration’s first foreign policy move, which was to agree with Russia that the New Start treaty should be unconditionally extended for five years. On the other hand, it is the last arms control agreement left standing, after Washington pulled out of the ABM, INF and Open Skies treaties.

Discussions with US working groups abruptly ended in February, after Russia was “forced to defend the Russians in Ukraine” that had been “bombed for eight years without any reaction from the West,” Lavrov noted.

Russia’s top diplomat compared the current situation to the 1962 Cuban missile crisis – the Caribbean Crisis, as it is known in Moscow. Back then, he said there weren’t many “written” rules, but the implicit rules of conduct were clear for both Washington and Moscow to follow.

“In those years, there was a channel of communication that both leaders trusted. Now there is no such channel. Nobody is trying to create it. Separate timid attempts made at an early stage did not give much result,” Lavrov said.

In place of the implicit rules of that era, Lavrov said, today “rules are a buzzword the US and its allies use when they are required to behave ‘nicely.’”

They no longer insist on international law, but on respect for the ‘rules-based world order,’ in which the ‘rules’ are never explained in any way.

Right now, everyone is “casting spells” saying that a Third World War should not be allowed to break out, Lavrov added, while adding fuel to the fire by sending weapons to Ukraine and hoping to prolong the conflict in order to bleed out Russia.