A top Russian senator has pledged his country’s support if China goes to war over Taiwan, sparking fears of a massive escalation and World War 3.

Vladimir Dzhabarov said he sees “no grounds to refuse to help China,” as tensions in the region have risen after the visit of US Speaker Nancy Pelosi.

In his role as first deputy chairman of the international committee in Russia ’s Federation Council, he said he hopes help for China would be “a two-way movement” as Russia continues its war in Ukraine.

“It means that we should have some benefits from this cooperation,” he added. “I am convinced that in this case China hopes for a certain assistance from Russia.” 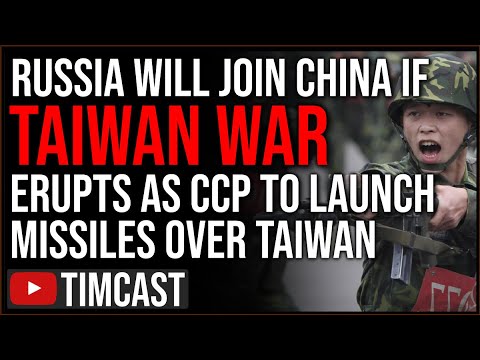 Russian Officials have already rattled the sabre quite seriously with one threatening to NUKE London first in world war three breaks out.

Biden is about to sign a bill funding chip manufacturing signaling the US sees Taiwan falling to China in the near future and a need to replace the lost access to silicon chips.

With Russia and the war in Ukraine and now China and Taiwan fear of World War Three has become much more pronounced.