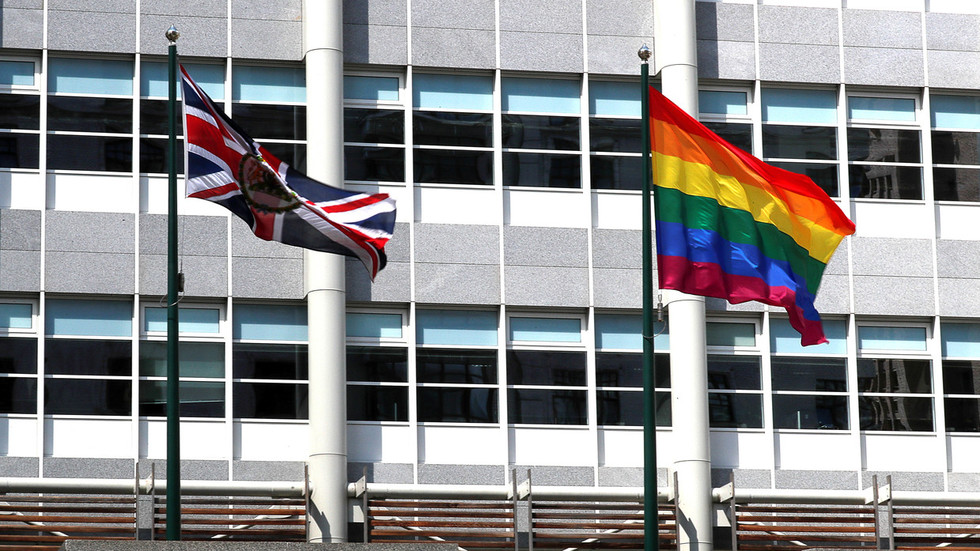 Russia’s foreign ministry has sent notices of protest to the Moscow embassies of the United States, Britain, and Canada, after the three buildings flew rainbow flags in June, recognized in some countries as LGBT Pride Month.

Embassy staff of the three nations violated the Vienna Convention on Diplomatic Relations, as well as Russian law, according to Vasily Piskarev, who heads Russia’s commission investigating foreign interference. The commission noted that the LGBT pride flags appeared “during the voting period on amendments to the Russian Constitution, which enshrined provisions on the protection and preservation of traditional family values.”

In late June, the US Embassy in Moscow hung the rainbow flag from a window, alongside the country’s famous Stars and Stripes, with the embassy’s Instagram page announcing that “LGBTI rights are human rights. Human rights are universal. Pride Month is designed to emphasize that everyone deserves to live a life free of hate, prejudice, and persecution.”

In some countries, LGBT Pride Month occurs in June, on the anniversary of the 1969 Stonewall Riots, when members of New York’s gay community fought back against local police who regularly raided the city’s gay bars.

The Americans were followed in turn by the Brits, and then the Canadians.

In response, Russian President Vladimir Putin noted that the rainbow flag “shows something about the people who work there.”