Allegedly Pentagon-funded work involves tens of millions of dollars of funding and work by Black & Veatch. 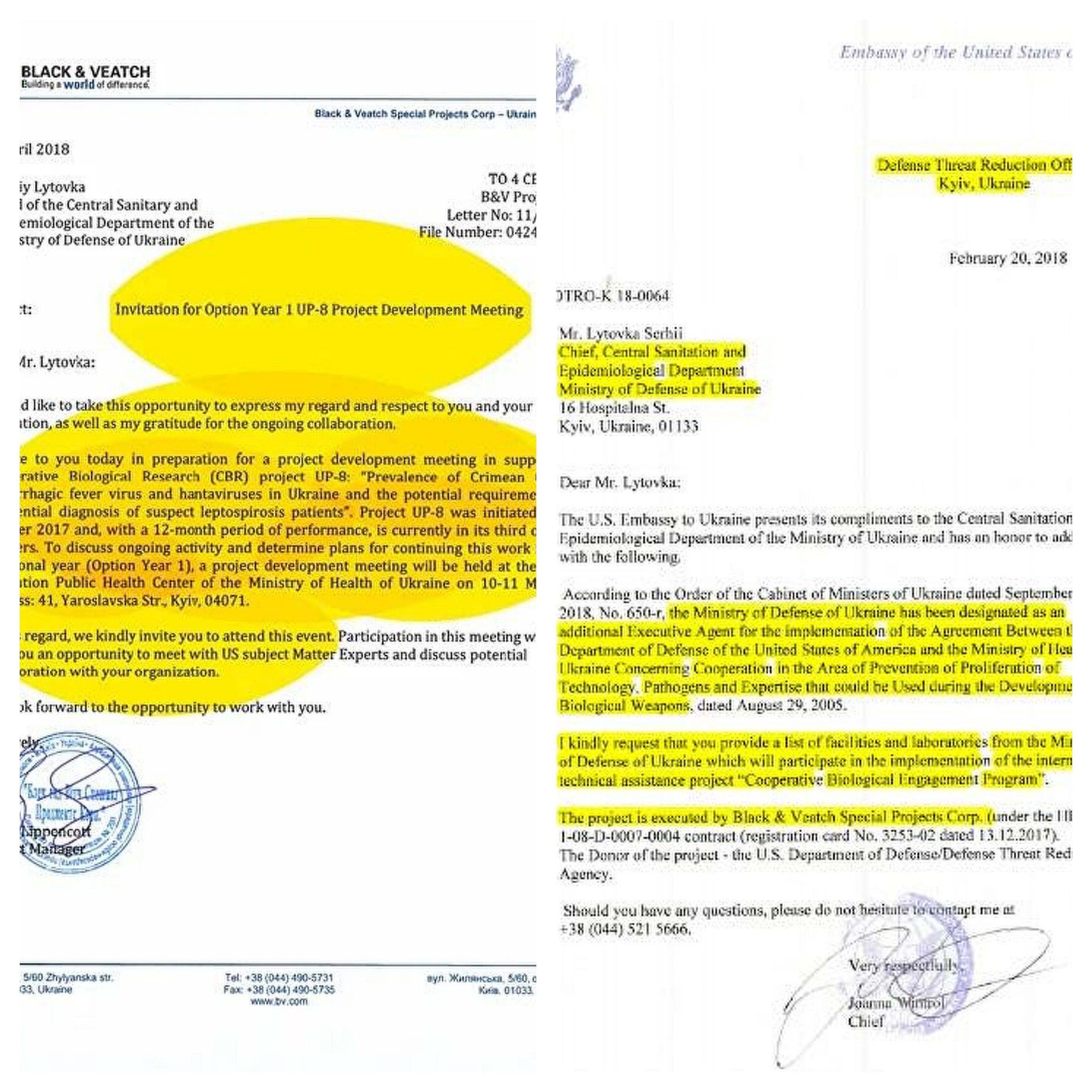 Also, projects on cross-species transfer — like from bats to birds.

Many samples were also transferred to the UK, another member of the Five Eyes.

Lots of smoke but still in the grey area of research versus bioweapon
The picture of what they did can be easily assembled from publicly available information.

Hemorrhagic fever virus. Well, that would be worth a lockdown or two.

“If you have been following the Ukraine story, you’ll know about the contentious Biological Weapons Laboratory issue. Russia says the US built biolabs in Ukraine; and whilst America initially denied this, last week State Department apparatchik, Victoria Nuland confirmed them in senate hearings. Yes, there are US built biolabs in Ukraine and the contracts to build them are publicly available. From those documents we know the company that built them are called Black & Veatch. What has been discovered is Black & Veatch were building these labs in partnership with a biotech firm called Metabiota. Metabiota was majority owned by a venture capital company called Rosemont Seneca… and (drum roll please) Rosemont Seneca is owned by Joe Biden’s crack-head son, Hunter Biden.

This means not only did the US build biolabs in Ukraine, but the Biden family directly profited from them. (The paper trail is strong and there is a case to answer.) The extension of the war in Ukraine may be nothing more than a desperate (and failing) cover-up. The panic now makes sense.”

Click the one that says “Biolab Opens In Ukraine”

Then, note the part that says,

“The level-3 bio-safety lab, which is the first built under the expanded authority of the Nunn-Lugar Cooperative Threat Reduction program, will be used to study anthrax, tularemia and Q fever as well as other dangerous pathogens”

“We’ve discovered details about Project UP-4, implemented with involvement of laboratories in Kiev, Kharkov, Odessa, and planned for period until 2020. The project’s goal was to research a potential of spread of particularly dangerous infections via migrating birds, including the highly pathogenic H5N1 flu, whose lethality for humans can reach 50%, as well as Newcastle disease,” Kirillov said.