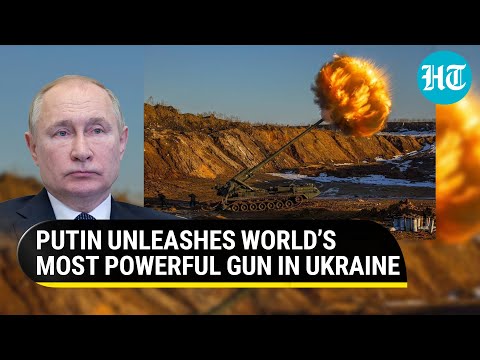 The video does not mention the location of the firing. The 2S7 howitzer combines a 203 mm 2A44 gun with a tracked chassis featuring all-welded steel armor.

The design came from the Kirov Factory in the 1960s and it entered service with the Soviet army in 1976. Russia has used this gun twice before during the war in Ukraine.

Watch this video for more details