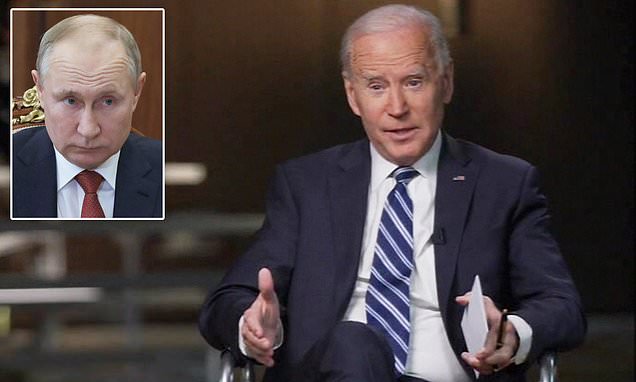 Biden lashed out at Russia Wednesday warning Putin would ‘pay a price’ for interfering in U.S. elections – even after president’s intelligence director found Kremlin did not interfere in election process.