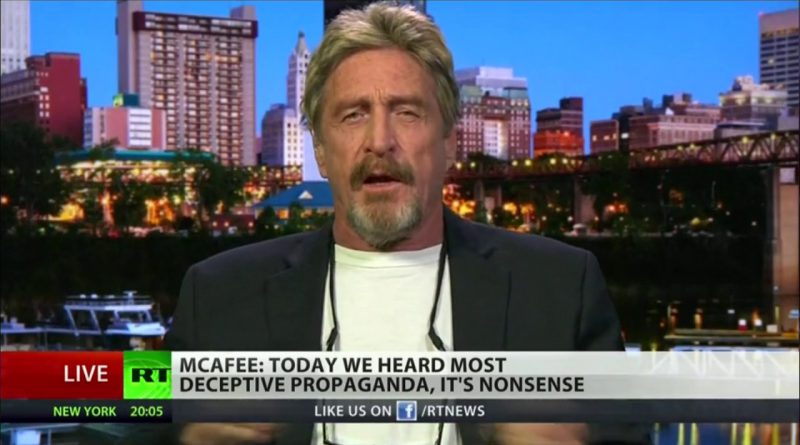 The American propaganda machine is in full gear with the flimsy accusation that Russia is responsible for the DNC hack. Instead of just accepting the narrative of blatant warmongers, why not walk through the evidence with John McAfee – cybersecurity expert.

The Only thing that IMHO with John McAfee’s supposition not his digital forensics analysis is screwed, is that a nation state (Russia Or Anyone) would not do it so sloppily as had this alleged hack looks like a script kiddie could have well done it.

What is clear is that Bear Steppe was inconclusive as to whom actually did the deed. In fact it might have been made to look this way. It points to some one who did this hack for kicks or profit.

I do think it is possible a Russian State actor could have chosen to do this hack in this way.

Why would a nation state not go about it this way?
To cast dispersion, to hide in plain sight. On the surface it looks pretty lame, using a script over a year old and not patched with well documented bug fixes. Leaving so many clues behind in the code it’s self.

As well whats to say that China or North Korea, or Saudi Arabia did not recruit a Russian/s to do this on some darkwebsite?

Julian Assange is emphatic the information Wikileaks disseminated from TH#E DNC Servers is indisputably  authentic, and not from Russia.

In any event it was not a hack on the elections. Which is why I applaud  John McAfee saying this is either:

At this point I guess Snowden should be happy that the propaganda machine did not try to pin this hack on him from Moscow and Assange from London.