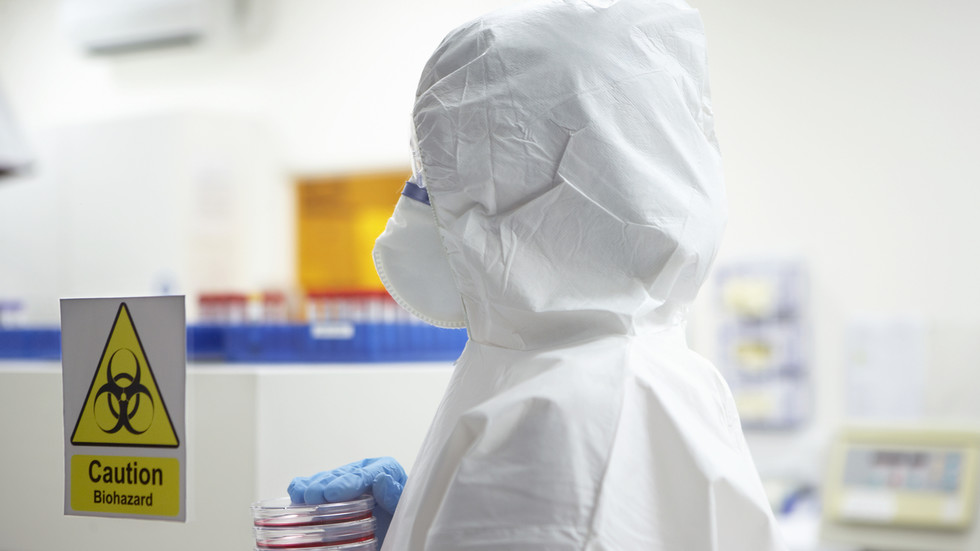 The US has been involved in testing experimental drugs on Ukrainian soldiers, Moscow has claimed

The US has been involved in testing experimental drugs on “volunteers” from the ranks of the Ukrainian military, the commander of Russia’s Nuclear, Biological and Chemical Protection Forces Lieutenant-General Igor Kirillov alleged during a media briefing on Thursday.

The experimental drug testing came within the so-called UP-8 project, exposed by the Russian military earlier this month.

“We continue to publish information about the research with the participation of Ukrainian military personnel. I would like to note that such work is prohibited in the United States and is carried out by the military outside of the country,” the official stated.

“According to data published in the Bulgarian media, about 20 Ukrainian soldiers died during the experiments in the Kharkov laboratory alone, and another 200 were hospitalized,” Kirillov added, while claiming that “more than four thousand people” were involved in the testing in Ukraine.

The official presented a document, purportedly sent by a Ukrainian military attaché in the US to the country’s defense ministry in April last year. The document highlights a meeting between the attaché and representatives of the US-Canadian company Skymount, which is involved in AI-related research.

According to the document, the company demonstrated to the Ukrainian officials its solutions in long-range observation, as well as the Deep Drug AI, a system used for screening and developing drugs. The system “performs the work of 60-person years per day, greatly reducing the manual labor hours to generate new target molecules from existing, pre-approved drugs,” according to its developers.

“The received documents confirm an attempt to test previously untested drugs on [the Ukrainian soldiers]. We are talking about the screening system for pharmaceuticals ‘Deep Drug’, which have not passed the licensing procedure in the US and Canada,” Kirillov stated.

The particular cynicism of American sponsors lies in the fact that the developer, the Skymount company, offered to purchase the system on a commercial basis, despite the fact that employees of the Ministry of Defense of Ukraine were involved as volunteers.

Ukraine is not the first country to be used for US military-backed pharmaceutical research, Kirillov noted. In 2010, for instance, Indonesia shut down the US Navy Medical Center in Jakarta, which was apparently involved in a similar project, over “numerous violations,” he added.

Moscow raised the allegations of questionable US-sponsored pharmaceutical and biological research taking place in secretive laboratories scattered across Ukraine after it sent troops into the neighboring country late in February. The attack came following a seven-year standoff over Ukraine’s failure to implement the terms of the Minsk agreements, and Russia’s eventual recognition of the Donbass republics in Donetsk and Lugansk.

The German- and French-brokered protocols had been designed to regularize the status of those regions within the Ukrainian state. Russia has now demanded that Ukraine officially declare itself a neutral country that will never join the US-led NATO military bloc. Kiev insists the Russian offensive was completely unprovoked and has denied claims it was planning to retake the two republics by force.