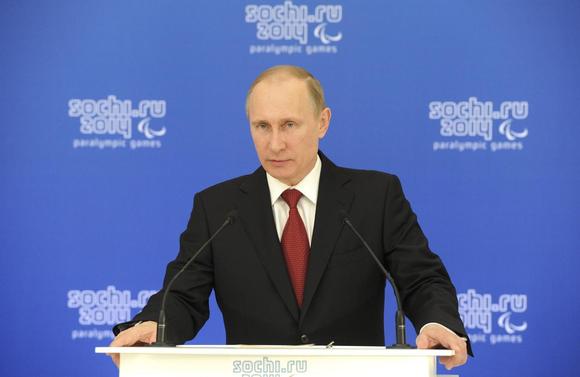 The move was the latest evidence of what government opponents see as a crackdown on independent media and particularly the internet, a platform for dissenting views in a nation where state channels dominate the airwaves.

Ej.ru editor Alexander Ryklin called it “monstrous” and a “direct violation of all the principles of freedom of speech,” radio station Ekho Moskvy reported. He said he did not know why the site was blocked.

The blockages will increase concern that Putin is seeking to tighten control over Russian society as he faces off against the United States and European Union in a bitter dispute over the future of Ukraine.

It came a day after the editor of independent news site Lenta.ru was dismissed after it received a warning over publication of remarks by a Ukrainian far-right leader in what dozens of its staff members alleged was Kremlin censorship.

“This is the latest political decision taken as part of the cleansing of the media space,” Navalny’s spokeswoman Anna Veduta said on Twitter. Another Twitter user called it “Black Thursday”.

The Kremlin denies allegations of censorship or pressure on the media.