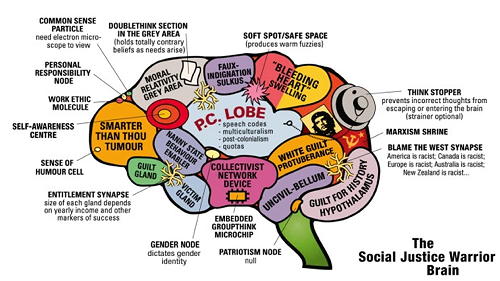 The Epidemic That Will Destroy America”
by Dr. Paul Kindlon
“As a Humanities professor I have had the opportunity to teach psychology and social psychology for more than 20 years. Occasionally the knowledge obtained in these areas allows me to analyze and understand social behavior and certain cultural trends. This is one those occasions.
If one is able to observe American society in an objective manner (granted no easy task) it becomes clear that the country is suffering from an epidemic of arrested emotional development (AED). This particular illness is characterized by some combination of: addiction, greed, immaturity, fear, blame, shame, resentments, anger, confusion and suffering. What it means is that the vast majority of Americans are stuck in adolescence exhibiting behavior like lying, negative attitudes, disobedience and disrespect, drug and alcohol abuse, depression, and issues of sexuality.
One has only to watch American movies or television shows to get a snapshot of juvenile, puerile, and base comedy characteristic of adolescent humor. It’s no accident that 44 year old Jimmy Fallon is essentially the “eternal teenager” performing comedy that mostly includes bathroom humor and gags that are based on and appeal to a silly sense of immaturity. The other darling of late-night shows in America is Stephen Colbert who specializes in insulting public figures in an overtly adolescent display of negative attitude and disrespect.
Another hallmark of AED is to evade responsibility and blame others for failure. One had only to observe the millions of Hillary supporters to understand this phenomenon. Also common for AED sufferers is to show disrespect in sophomoric ways usually by damaging property as we see with monuments being defaced and destroyed.
Teenagers, of course, tend to have identity issues often involving sexuality which is another phenomenon all too apparent in contemporary America. It’s almost uncool not to be LGBT or confused about your gender nowadays. Soon there will be as many genders as ice-cream flavors for it’s all just a matter of taste!
In terms of cognitive activity AED is characterized by exaggeration and over-simplification. If you are angry with one of your parents you might refer to them as a Nazi or Fascist. This negative attitude now is extended to anyone who disagrees with you and can be seen in slogans such as “No Trump, No KKK, No Fascist USA”. Adults are an endangered species. The cognitive effect of exaggeration and over-simplification leads to irrationality and confusion. Witness the millions of people who think they are being anti-racist by opposing “White Supremacy”. No anthropologist on earth would claim that “White” is a race (although a Neo-Nazi would) It’s not even a primary color. The Irish were discriminated against for more than a hundred years in America due to Anglo-Saxon racism yet the Irish are considered “white”. There are millions of Americans of German, Polish, and Scandinavian extraction who have been working-class and lower for a very long time. Are these “white people” guilty of supremacy? Against whom? Themselves?
Of course, what the protestors should be focusing on is class and not race which is really an arbitrary term. Unfortunately, the progressive movement in America has gone from “Occupy Wall street” to “occupy the public bathroom”. Lenin would be turning over in his grave – if he had one. With regard to alcohol and drug addiction in America, the statistics are startling. Opiod addiction alone is becoming a national health issue as is depression. Alcohol abuse, of course, is also quite high. Lying is also becoming commonplace. It used to be just politicians and lawyers who were known to “play with the truth”. Nowadays the mainstream media is widely seen as a mainstream of lies with CNN now wearing the title of FAKE NEWS.
The teenage attempt to rebel and show disobedience is often manifested through the use of profanity intended to shock the older generation. Gratuitous profanity is pervasive in American culture and has replaced the imagination as a form of creativity. It is not an accident that Pussy Riot – a group of “performance artists” using profanity in a Cathedral considered sacred to “shock” the Russian public and “disobey” authorities – has found a home in the United States and been befriended by Madonna, another symbol of eternal adolescence. Her AED was on full display when she publicly offered all men fellatio if they voted for Hillary Clinton. And as any rebellious teenager attempting to shock the “older generation” she had to announce that she “swallows”. Stay classy, Madonna. Keep in mind we’re talking about a 61 year old mother of six.
You see…if everyone is a teenager there is no adult supervision. That is the problem. After an autopsy is conducted years from now to ascertain how and why the American Empire expired, the obituary will include multiple causes of death and AED will be listed prominently. Perhaps a precocious teenager will be allowed to write the epitaph that will read…”When extended, the bridge between adolescence and adulthood can take a heavy toll.”
– http://russia-insider.com/ 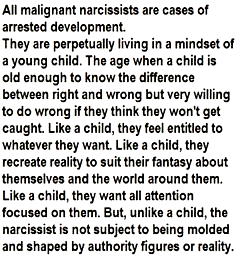 “The Hissy Fit Generation And The Loss Of Free Speech”

“You were saying? Right, that’s what I thought…”
Source: Running ‘Cause I Can’t Fly: “Permanent Adolescence: The Epidemic That Will Destroy America”