Looks like Kari Lake has grounds now for a real legal challenge!

He said it was 4-0 to certify with his vote, would be 3-1 without it still a majority. How many others were also threatened with prosecution if they didn’t vote yes? Who made the threat? What felony was threatened? It could have been a bluff i.e. the caller lied because he wanted the election certified. Not even sure such a lie is a crime, other than some sort of public corruption charge maybe.

🚨BREAKING: Chair of the Mohave County Board of Supervisors Ron Gould states he’s voting to certify the 2022 general election under duress: 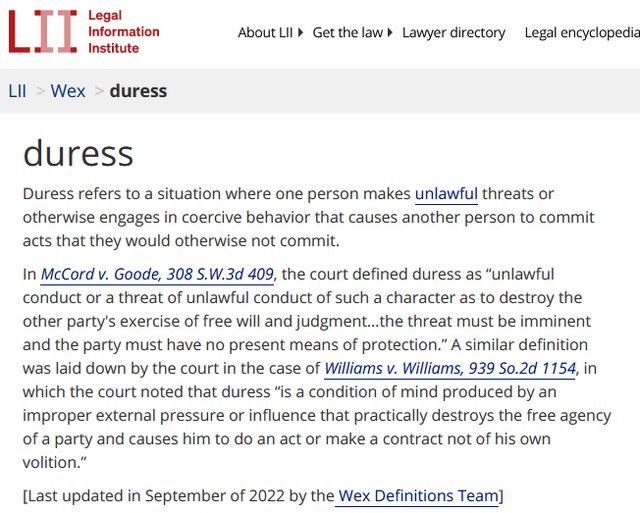