When the new Charlie Hebdo cover began spreading via social media, the response was swift and largely supportive.

A company attorney insisted the magazine will not give in to the demands of radical Islam.

What makes this cover so beautifully subversive is its portrayal of Muhammed as merciful, not vengeful. pic.twitter.com/MovZcRGHtX

Undeterred after previous depictions of Muhammad garnered threats from Islamic extremists, French satire magazine Charlie Hebdo was the site of a terrorist attack last week that left 12 dead. Despite the violent incident and worldwide attention it received, the outlet’s surviving staff members proved this week that even such a calculated attack will not cause them to retreat from their mission.

Attorney Richard Malka spoke on behalf of the magazine ahead of the release of its first edition after the deadly incident.

“We will not give in,” he said, “otherwise all this won’t have meant anything.”

The phrase , meaning “I am Charlie” in English, has been the rallying cry of free speech supporters around the world. Venerable American cartoon series The Simpsons included a scene featuring Maggie Simpson holding such a sign in its latest episode. 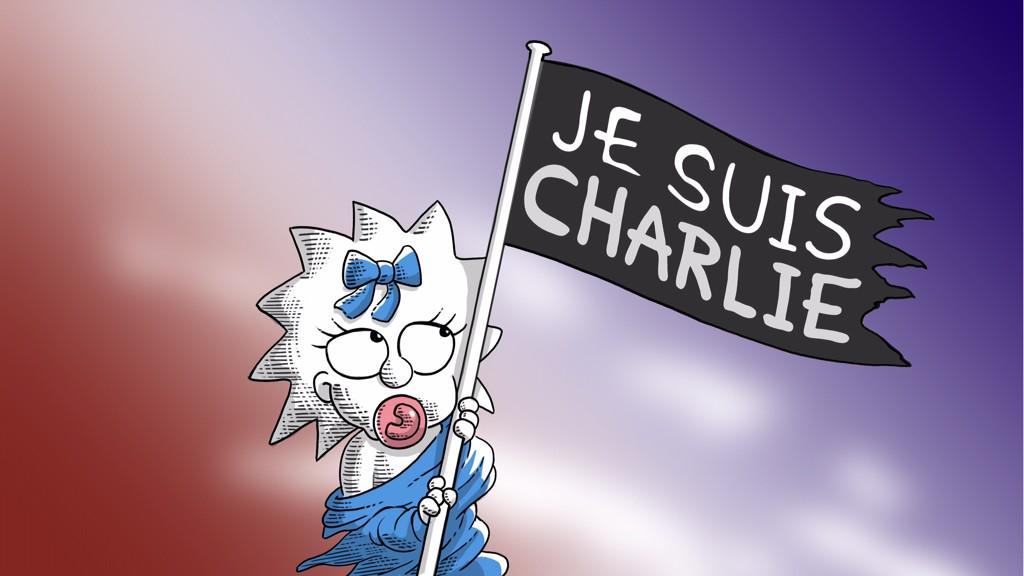 In addition to its depiction of Muhammad, the newest edition of the French publication offers a headline which, translated to English, declares “All is forgiven.”

Some, however, were uncomfortable with the idea that, just days after such a vicious act, the magazine was so eager to forgive.