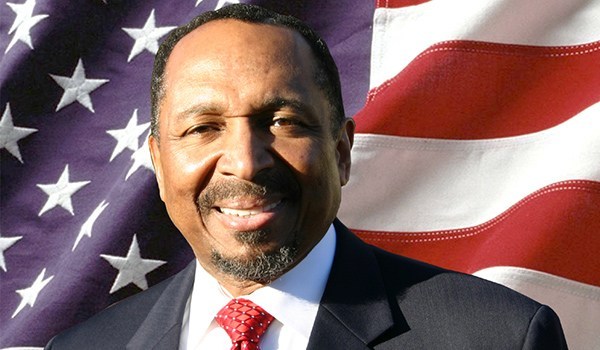 Rev. E.W. Jackson: Given the ‘Right Circumstance,’ The ‘Left Would Kill Us’ Christians Today

Rev. E.W. Jackson, a Protestant pastor, Marine, Harvard Law grad, and great-grandson of Virginia slaves, said that under the “right circumstance,” the left “would kill” Christians today because, like the Communists, their hatred is “profound” and they rationalize that in killing Christians they are doing the world a favor.

“I really believe this with all my heart — I’m serious,” said Rev. Jackson on his talk-radio program The Awakening on April 19.  “I believe that if the right circumstance presented itself, people on the left would kill us.”

“I’m not saying all of them,” he added, “but I think many of them would kill us because their hatred is so deep. It is so profound, it is so toxic that I think they would rationalize it to themselves that the world would be a better place [without Christians], which is what Communists always do.”

“That’s what Communists always do,” he said.  “They say, well, the world would be a better place without them. And so, in killing them, we do the world a favor.”

He continued, “I couldn’t see myself doing that for anything in the world, unless I’m attacked and that’s a different matter. If attacked, I’m going to protect myself.  But no — because God cannot be glorified by inglorious means.”

“But make no mistake about it,” said the reverend.  “I think they would gladly do that to us. That is what we’re up against.”

Rev. E.W. Jackson, 67, was the GOP nominee for lieutenant governor of Virginia in 2013. He and his wife founded Exodus Faith Ministries, based in Chesapeake, Va., in 1999. The Jacksons also founded the annual Martin Luther King Jr. Breakfast in Chesapeake, which is now in its 14th year.