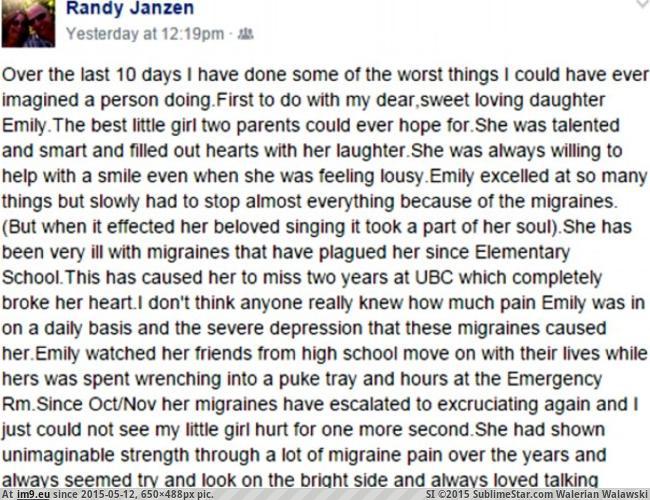 “Over the last 10 days, I have done some of the worst things I could have ever imagined a person doing,” Randy Janzen of British Columbia allegedly wrote on his Facebook page Thursday.

In the unverified post, which has been deleted, Janzen reportedly said he shot his 19-year-old daughter, Emily, in the head to relieve her suffering from migraines.