Republican presidential primary contenders faced off Monday, June 13 in the first New Hampshire debate of the season presented by CNN, Hearst Television’s WMUR, and the New Hampshire Union Leader, voters had opportunities to question the candidates in person and online. 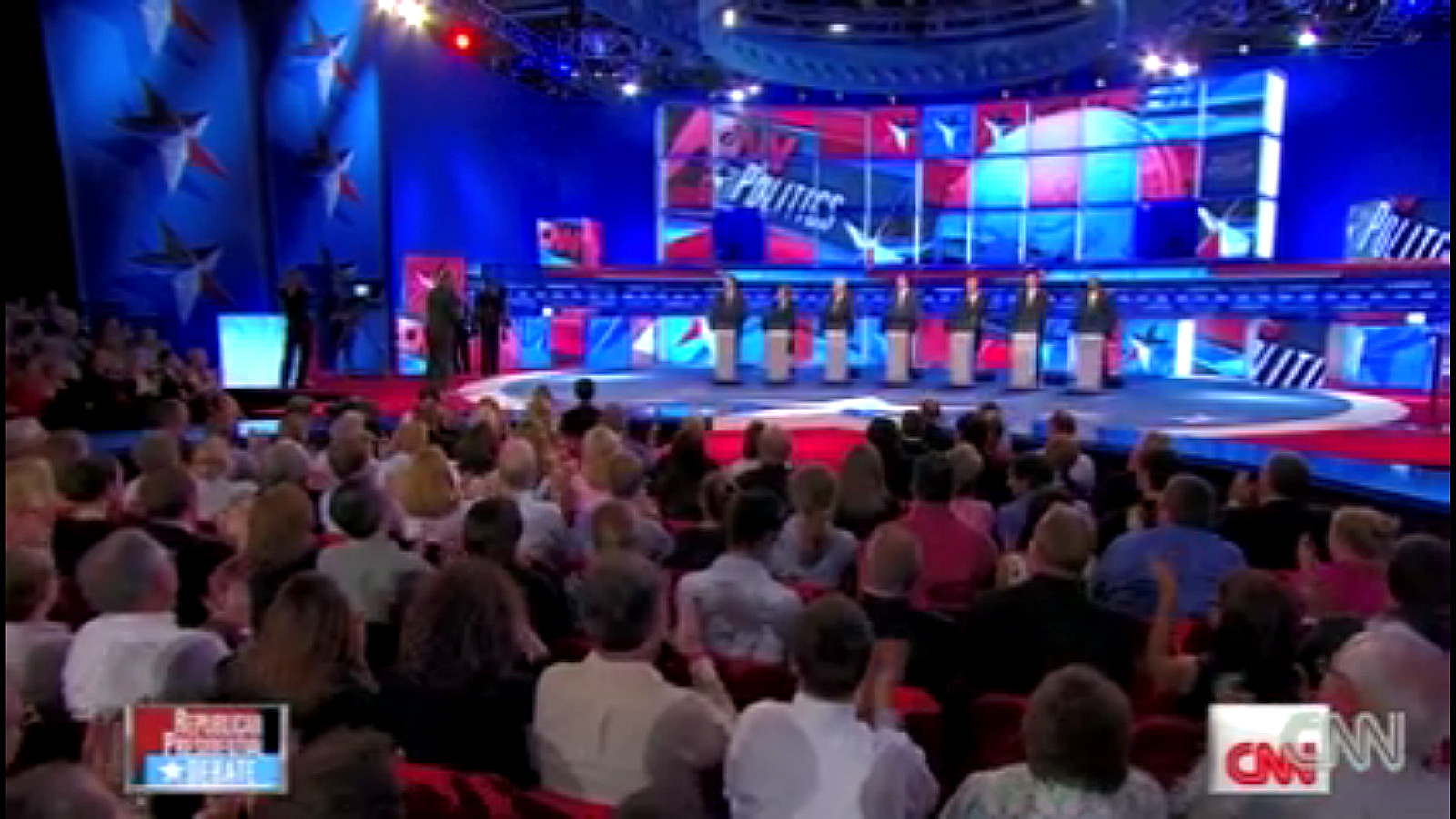 The debate featured questions from New Hampshire voters inside the debate hall and from town hall locations in Hancock, Plymouth, and Rochester, New Hampshire. In addition, CNN solicited comments from its users on CNN.com as well as questions via Facebook and Twitter.

The debate, which will aired live from 8 p.m. to 10 p.m. from Saint Anselm College in Manchester, was be moderated by CNN anchor and chief national correspondent John King, with questions from WMUR-TV’s Jean Mackin, Josh McElveen and Jennifer Vaughn and New Hampshire Union Leader’s John DiStaso and Tom Fahey.

Viewers watching on television and online were invited to comment or ask questions by posting comments to CNNPolitics.com, by logging on to John King, USA’s Facebook page and by using the #CNNdebate hashtag on Twitter. New Hampshire voters watching the debate at the Rochester town hall were hosted by CNN correspondent Tom Foreman and were equipped with handheld dial-testing devices to register their reactions during the debate.