By Jeff Stacklin | The Lookout 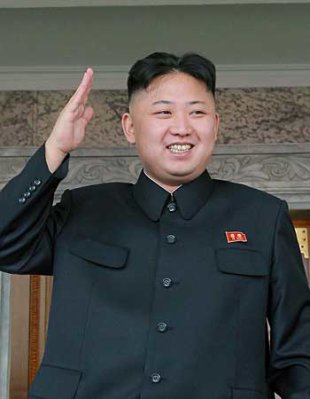 The country used firing squads or staged traffic accidents to execute 30 officials involved in talks to unite North and South Korea, according to the 2012 Amnesty International report released Thursday. It also notes that the country had been questioned about another 37 reported executions between 2007 and 2010 for “financial crimes.”

As the ruling authority shifted to Kim Jong Un, the country’s State Security agency detained another 200 North Korean officials, some of whom are now feared executed or in prison camps, the report notes.

Credible reports estimated that up to 200,000 prisoners were held in horrific conditions in six sprawling political prison camps, including the notorious Yodok facility. Thousands were imprisoned in at least 180 other detention facilities. Most were imprisoned without trial or following grossly unfair trials and on the basis of forced confessions.

Men, women and children, who were kept in the prison camps,  were tortured and forced to work in dangerous conditions, according to the report. Many of the prisoners die or get sick while in custody due to the horrendous conditions, beatings, lack of medical care and unhealthy living conditions.

Meantime, the North Korean government denies the existence of the political prison camps.

Amnesty International also reports that hunger is widespread in the country, as 6 million urgently need food and the country is unable to feed its people. The country earlier this year reportedly requested its embassies to appeal for international aid. While the the European Commission has helped, the United States has not provided aid to North Korea, “reflecting concerns over the monitoring of its distribution,” according to the report.

North Koreans do not have freedom of speech, and criticism of the government and its leaders is forbidden. Few people have access to the Internet, and there are tight controls on mobile phones and phone connections, according to the report. Citizens’ movement inside and out of the country are tightly monitored. People who escape to China are often returned to North Korea, where they are often detained and beaten by the government.