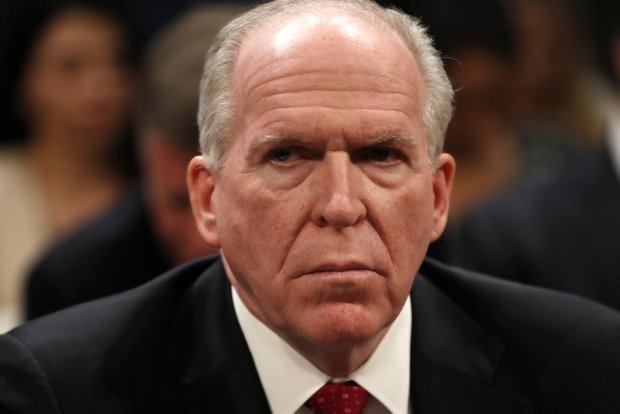 Former CIA director John Brennan is working on a memoir but can’t access his own classified notes. He found this out recently because he is working on the book and tried to access them. It couldn’t happen to a nicer member of the deep state.

Former CIA Director John Brennan, a vocal critic of President Trump, found out he had been blocked from accessing his classified notes and records while working on his new memoir.

He writes in his forthcoming book, Undaunted: My Fight Against America’s Enemies, at Home and Abroad, that after months of “haggling” he discovered the CIA was abiding by the directive Trump gave in August 2018 “that purportedly forbids anyone in the intelligence community from sharing classified information with me.”

The White House confirmed the directive was being enforced, which is news considering the New York Times reported in May of last year that the president never revoked Brennan’s security clearance.

Brennan is lucky he’s not facing jail… yet.

Until there are formal charges brought against @JohnBrennan he needs to be repeatedly and incessantly reminded that govt classified information does not belong to him and he has no "right" to it. https://t.co/XA6xInwQWU

you are the enemy John Brennan. you have subverted the American people, spied on us, incited violence against us, and attempted to remove our duly elected President. go get in the sea, John.

The American people have not forgotten a thing.