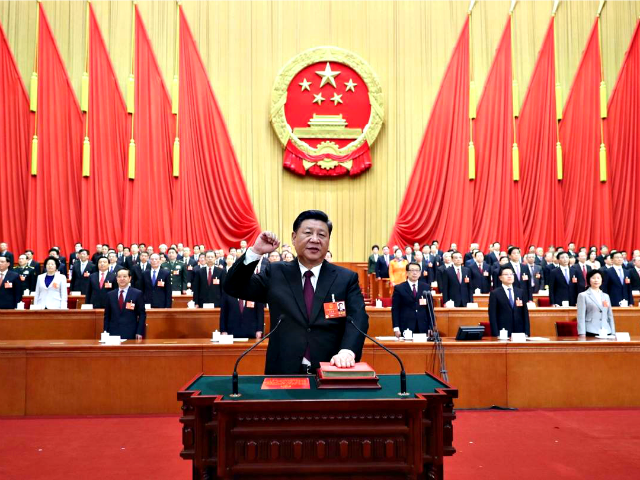 Rep. Jim Banks said the U.S. should begin forcing China to “pay the burden and the cost incurred” by the U.S. due to the Wuhan coronavirus.

Rep. Jim Banks (R-IN) said on Monday that the United States should begin forcing China to “pay the burden and the cost incurred” by the U.S. due to the Wuhan coronavirus.

The Indiana lawmaker said during an appearance on Monday’s Tucker Carlson Tonight that the U.S. should place the financial burden caused by the Chinese coronavirus on China and floated several ways to do that, including China relieving a “great amount” of U.S. debt.

“We need to start by forcing China to pay the burden and the cost incurred on the United States of America due to the coronavirus. I think there are many ways that we can do that,” Banks said.

The president could force China to relieve a great amount of American debt. He could institute tariffs on China and designate the funds from that into a coronavirus victim relief fund to pay the cost incurred on Americans and American taxpayers due to the negligence on China’s behalf that’s led to the crisis in America today.

“So by releasing the debt, the U.S. debt held by the Chinese, we could fund that,” Carlson said, asking Banks if he believes the Trump administration will go in that direction.

“I have no doubt that President Trump will do everything that he can to hold China accountable for what they’ve caused on Americans today,” he said.

“I joined @tuckercarlson last night to discuss how we can begin to demand reparations from Communist #China for putting us through the economic strain of #coronavirus,” Banks said in a tweet that shared his Tucker Carlson Tonight segment:

I joined @tuckercarlson last night to discuss how we can begin to demand reparations from Communist #China for putting us through the economic strain of #coronavirus. Watch below: pic.twitter.com/YEAHJpkoLv

“By refusing to let CDC come to China and study the new virus, by lying to their citizens and saying the virus wasn’t transmitted by person to person contact when they knew the opposite was true, National Security Advisor Robert O’Brien has said this cost the world two months in preparation time for this virus,” Banks said in an exclusive statement to Breitbart News.

“China needs to pay up, and Congress will be working with members of the Trump administration to learn the best way to hold them accountable,” he added.

The virus, which originated in Wuhan, China, has now infected over 189,000 people worldwide. The number of cases in the United States currently tops 5,100.