Remdesivir approved for emergency use for Covid-19 treatment in US despite no significant clinical benefit. Remdesivir & maker Gilead are sponsored by Bill Gates, Fauci, Birx & FDA. HCQ has much better efficacy but there’s no money in it for Big Pharm 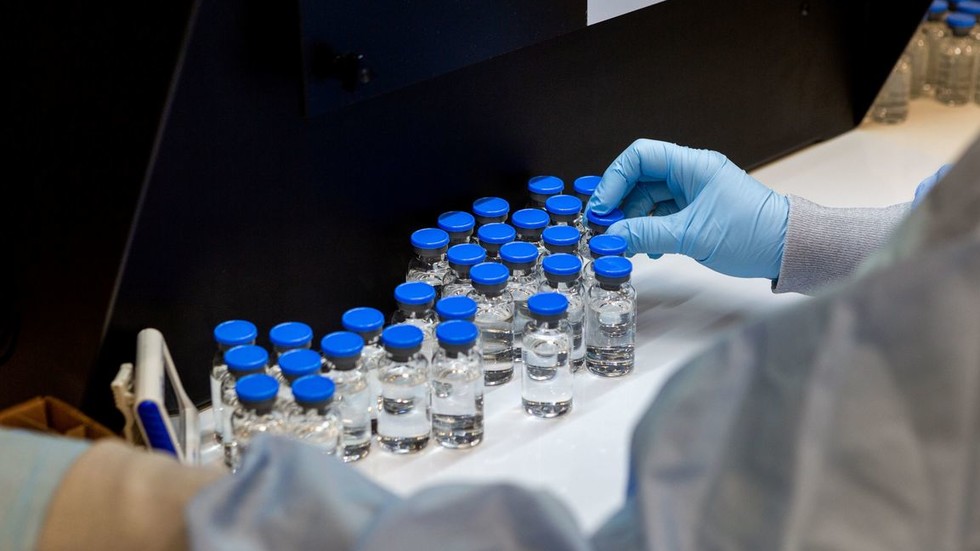 The antiviral drug remdesivir has been approved by the US Food and Drug Administration for emergency use for Covid-19 treatment, despite mixed clinical results and lingering scientific questions.

Remdesivir, made exclusively by Gilead, received FDA approval for emergency use on Friday after appearing to show clinical benefit in a single trial conducted by the National Institute for Allergy and Infections Disease (NIAID). Gilead has pledged to donate 1.5 million doses of the drug, and the stockpile currently on hand will be distributed to hospitals starting on Monday, according to Vice President Mike Pence.

Emergency drug approval differs from full FDA approval in that it is only valid while the emergency declaration – in this case, the coronavirus pandemic – remains in effect. Remdesivir is not the first drug to receive such approval for treating Covid-19. The malaria drugs chloroquine and hydroxychloroquine were approved on an emergency basis in late March. While their use remains controversial due to the vocal support of President Donald Trump, doctors in other countries (and even in the US) have anecdotally reported success in treating patients with the malaria pills in combination with the antibiotic azithromycin, though clinical trials have produced mixed results.

While the results of the NIAID’s remdesivir trial reported on Wednesday were reportedly positive, indicating a 31 percent faster recovery time, the full data has not been publicly released, let alone peer-reviewed. Dr Anthony Fauci, who heads the NIAID, nevertheless cheered the drug as having a “clear-cut, significant, positive effect in diminishing the time to recovery.” He insisted the drug “can block this virus” and suggested that no further studies with placebos were needed, declaring that scientists had an “ethical obligation” to let those receiving the sugar pills to access the active drug – no further comparison needed.

Could Anthony Fauci explain why the investigators of the NIAID remdesivir trial did change the primary outcome during the course of the project (16th April)?
Removing "death" from primary outcome is a surprising decision.https://t.co/ZnK9LiUzaX pic.twitter.com/Rq47FHqGyO

Skeptics have pointed to the NIAID’s decision to change its trial’s “endpoint” from mortality to duration of illness as proof that remdesivir is not the miracle pill it is being portrayed as. Tellingly, the drug had no clinically significant effect on mortality for patients enrolled in the trial. Others have questioned whether a drug initially developed as a (failed) treatment for Ebola would have any effect on a totally different virus. Fauci’s own comparison of the NIAID trial to the first trial of AZT for HIV treatment also raised a few eyebrows, as early high-dose AZT treatment was extremely deadly.

Another remdesivir trial Gilead has touted as positive in fact showed no difference in clinical improvement between five-day and 10-day treatment groups on the 14th day of observation. While the company suggested this meant more patients could be treated with the drug, the lack of a control group rendered the results all but meaningless. Nevertheless, Gilead flooded the media with positive releases about its two trials, drowning out concern about a Chinese trial whose results had already been published in the Lancet, showing no clinical benefit for the drug.