The police have plenty of money to spend on high tech weapons and gadgets to fight the drug war, but when it comes to actual crimes against people and property, the police look the other way and claim that they don’t have the resources.

Hundreds of thousands of rape kits, dating back decades, have gone untested by police departments across the country, but oddly they seem to have the time and resources to test all of the drugs that they confiscate.

This revelation sheds some light on the way that cases are prioritized in American police departments.

According to the Department of Justice, there are currently over 400,000 untested rape kits collecting dust in police evidence rooms nationwide, and many other estimates suggest that this number could be as high as one million.

As a result of this horrific negligence, roughly 3% of rape cases in America are actually solved, despite the fact that many rape kits have a high chance of leading to an arrest, since most rapists are career criminals who have their DNA on file.

In some cases, the victims even know who their attackers were, but they can not prosecute these criminals because the evidence has not been processed by police.

Bobbie Villareal, Executive Director of the Dallas Area Rape Crisis Center, admitted that many police departments cut corners in rape cases because testing is expensive, and the investigation requires a lot of work.

“It is about $500 to $1000, for each kit to be tested. If it’s not an active case, that cost has to be absorbed by the police department. So that’s a huge amount of money to spend. And if it’s not deemed a case that can have a viable prosecution, [testing] is put on hold. I think financial and manpower — these are investments that are going to have to start over all again. DPD is sending 250 to 300 kits in this first batch, so that’s potentially 250 to 300 cases that will have to start over all again. So that’s a lot of manpower,” Villareal said. 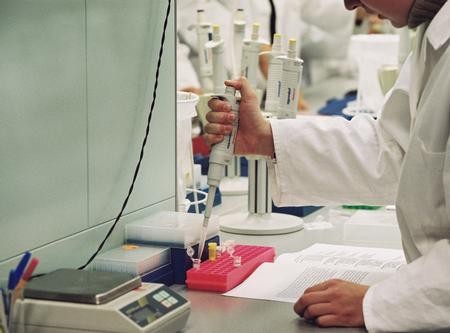 Many rape victims have reported trouble getting officers to pay attention to their case after the report is filed. These are not isolated incidents either, this is a systematic problem that is created by the incentives that exist in monopoly organizations.

In different police departments there have been a variety of class action lawsuits filed by victims and in some places they are attempting to change the laws.

In Memphis, Tennessee, where there are 12,000 untested rape kits, going back to the 1980s, victim Meaghan Ybos has been pushing to raise awareness about this issue and is also attempting to change the laws about how these crimes are handled.

One piece of legislation that was propose in Tennessee would require that law enforcement agencies submit rape kits within 10 days of the incident and actually test them within six months time, but local bureaucrats are fighting back.

Illana Tate, a spokesperson for the Tennessee Bureau of investigation, said that such a law would require a bigger budget.

“If the proposal is passed where TBI has to return kits in six months, we would need to double our manpower and require new buildings to accommodate new hires and equipment,” Tate said.

The police have plenty of money to spend on high tech weapons and gadgets to fight the drug war, but when it comes to actual crimes against people and property, the police look the other way and claim that they don’t have the resources.

John Vibes is an author, researcher and investigative journalist who takes a special interest in the counter culture and the drug war. In addition to his writing and activist work he is also the owner of a successful music promotion company. In 2013, he became one of the organizers of the Free Your Mind Conference, which features top caliber speakers and whistle-blowers from all over the world. You can contact him and stay connected to his work at his Facebook page. You can find his 65 chapter Book entitled “Alchemy of the Timeless Renaissance” at bookpatch.com. HaTTiP