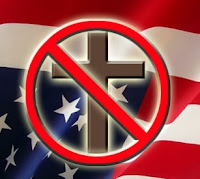 Senator Rand Paul spoke at the Values Voter Summit on October 11, 2013 and spoke up about a subject that that the Obama administration won’t and the media shies away from.

“From Boston to Zanzibar, there’s a worldwide war on Christianity,” Paul said to applause Friday when speaking at the Values Voter Summit in Washington, D.C.

“Christians are being attacked around the world, but you won’t hear much about it on the evening news because the answer’s not convenient,” Paul continued. “It doesn’t fit the narrative we have been told about radical Islam. The president tries to gloss over who’s attacking and killing Christians. The media describes the killings as sectarian. But the truth is, a worldwide war on Christians is being waged by a fanatical element of Islam.”

While Paul acknowledges the war on Christianity is also being waged here in the US, it is noteworthy to mention that part of that war has been waged by the Obama administration itself. Obama’s total disregard for religious freedom as evidenced by the Obamacare HHS mandate which forces religious organizations to supply insurance that covers birth control, abortion and sterilization drugs, despite it being against their religious conscious.

Paul’s speech does highlight a problem that needed to be highlighted and listeners, whether religious or not, should demand that everyone be shown the same respect as Obama demands be shown to his Islamic extremist buddies.

Elsewhere in Syria, Islamic rebels have filmed beheadings of their captives,” Paul said. “They’ve filmed themselves eating the heart of their enemy. Two Christian bishops have been kidnapped, and one priest was recently killed. These rebels are allies of the Islamic rebels that President Obama is now arming. We are now arming Islamic rebels who are allied with Al Qaeda that attacked us on 9/11. Does that make any sense at all?”

The audience responded, “No.”

“American tax dollars should never be spent to prop up a war on Christianity,” Paul continued. “But that’s what’s happening now across the globe. As Christians, we should take a stand and fight against any of your tax dollars funding any persecution of Christians.”

Listen to Paul’s speech, pass it around, no matter your religion or even if you do not practice any, it should be abhorrent to anyone to see a religion and the people that practice that religion, attacked as a whole, whether it is in a foreign country or right here at home in the United States of America.