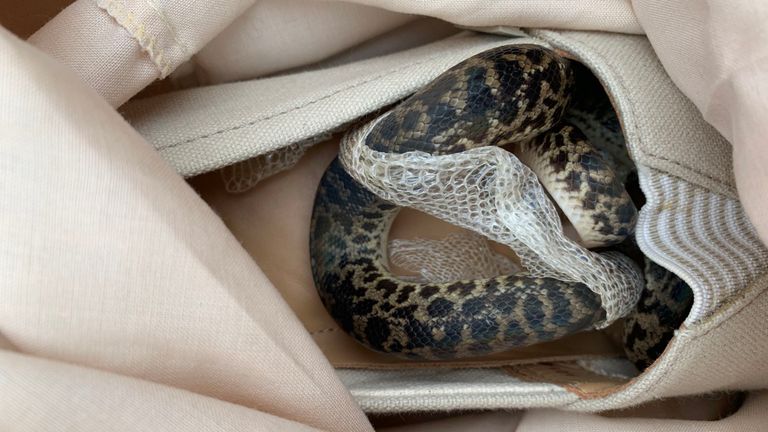 Scottish grandma Moira Boxall came from a visit to Australia to get a snake curled within a shoe in her grip.

The snake, that had found itself onto her 9,000-mile flight from Queensland to Glasgow, had begun shedding its skin throughout the journey.

Paul Airlie, Ms Boxall’s in-law, told Australian broadcaster ABC News that the grandma had at the start mistaken the creature for a toy placed in her baggage as a prank.

After realizing the snake was real, she coated the shoe with a box and called Airlie, who contacted the Scottish SPCA.

Scottish SPCA animal rescue officer Taylor Johnstone said: “I am sure that we removed a snake from a property in Bridge of Allan.

“I responded to a call from a lady who had simply came from a vacation in Australia who had found a tiny low snake within her shoe in her grip.
“When I arrived, the snake had been contained by the caller, thus I safely removed the snake from the property.“